Check whether your Aadhaar was also deactivated

So far, govt has issued over 111 crore Aadhaar cards and hopes to issue them to remaining population soon. 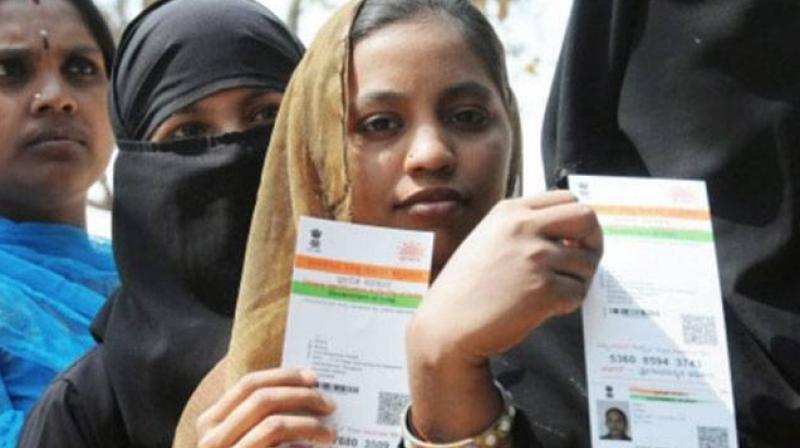 Aadhaar is a 10-digita unique identity given to every Indians. (Photo: PTI)

Mumbai: The government has so far issued more than 111 crore Aadhaar cards as part of its steps toward curbing tax evasion and black money by putting in place a robust, Aadhaar-based tax screening system. Aadhaar is a 10-digit unique identity that the UIDAI expects to issue to each and every Indian soon.

Out of these cards, around 81 lakh Aadhaar numbers have been deactivated on a number of reasons cited by the government. Earlier, the government deactivated as many as 11.46 lakh PAN cards on account of existence of multiple or duplicate cards. There are over 25 crore PAN card holders in country.

As part of its massive crackdown on black, money, counterfeit currency notes, tax evasion and 'the all-pervasive' corruption activities, the government on November 8, 2016 had scrapped old high value notes by giving just a few hours notice. It also made unique identity Aadhaar compulsory for availing a number of government schemes and for being part of various government projects.

Besides, linking of Aadhaar with PAN has alos been made compulsory. Aadhaar is from now mandatory for filing income tax returns also. For making the whole exercise of filing of income tax returns a hassle-free experience, the government has now asked citizens to link their PANs with their Aadhaar numbers.

How to check your Aadhaar

The Unique Identification Authority of India issues Aadhaar cards. An Aadhaar help centre and holder of the unique number, both can check the status of their  Aadhaar cards anytime they want. They just need a simple task to do. The UIDAI website offers many options.

To verify the status of Aadhaar card, the holder just needs to log on to the UIDAI website https://uidai.gov.in. Under the 'Aadhaar Services' tab, a user will get a 'Verify Aadhaar Number' option. A simple click on the Verify Aadhaar Number tab will take the user to a new page. Here users will have two empty sections before them on their electronic display. They can verify their Aadhaar number by simply entering the 10-digit number and the security code provided on their screens.