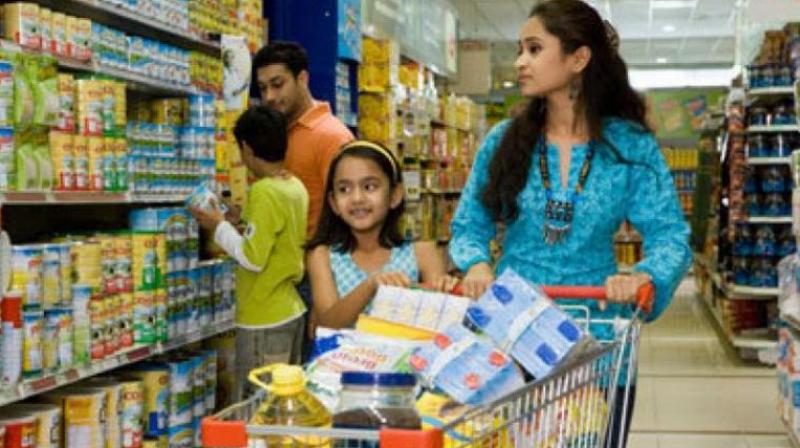 New Delhi: Traders body CAIT on Friday urged the government to take up the proposed Consumer Protection Bill in the Monsoon Session of Parliament starting next week.

"The passage of this bill is critical not only in terms of protection of consumer interests' but also to differentiate between the roles and responsibilities of small and genuine retailers," Confederation of All India Traders (CAIT) said in a statement.

It said that the bill should also adequately address the long-standing problem of misleading and celebrity-driven endorsements, whereby celebrities should be held responsible for the products they endorse.

"There are about 6.3 crore traders in India and it is their demand that the proposed Consumer Protection Bill pending in Parliament for the past three sessions be immediately taken up on priority in the forthcoming session of Parliament," it added.

"Engaging brand ambassadors for product promotions has become widely prevalent and consumers typically are guided (or misguided) by such endorsements, irrespective of the quality of the products on offer," it further said. Framing of coherent and enforceable policy guidelines for brand ambassadors is the need of the hour and is an imperative for consumer protection, it said.

The government is revamping the consumer protection law to safeguard consumers in view of new challenges posed by e-commerce, direct selling and multi-level marketing sectors.

A new Consumer Protection Bill has been introduced in Parliament to repeal the 30-year-old Consumer Protection Act. Quoting Ashim Sanyal, Chief Operating Officer, Consumer Voice, a voluntary consumer organisation, it added that the old law is not able to address most of the consumer grievances.

Echoing similar views, Pritee Shah, Chief General Manager Consumer Education and Research Centre, said the new law if implemented, will not only put an end to unfair practices but would also enable the creation of powerful central consumer protection authority.