Oil Minister Dharmendra Pradhan said the new timing of the price change was agreeable to the dealers . 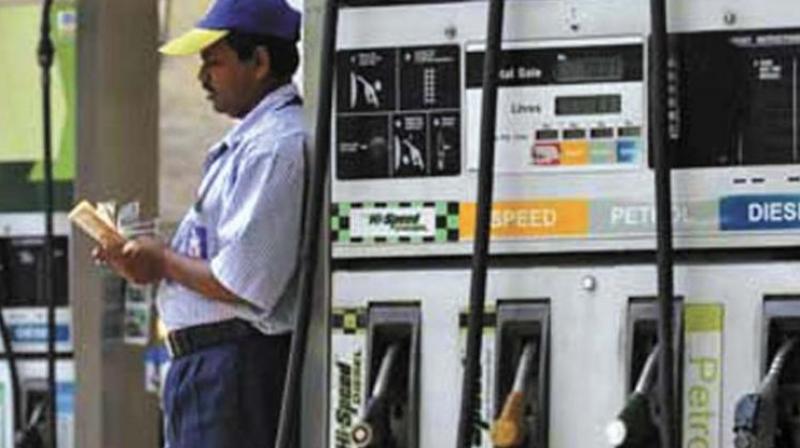 New Delhi: Petrol pump owners today called off their proposed strike over daily revision of petrol and diesel prices from Friday after the government agreed to change the timing to 6 am everyday instead of midnight.

Until now price revisions used to come into effect from midnight but considering the fact that dealers would have to deploy manpower everyday to change rates in the middle of the night, the timing has now been changed. Oil Minister Dharmendra Pradhan said the new timing of the price change was agreeable to the dealers and so daily price revision will be implemented from June 16 as previously decided.

Private pump owners, who make up for three-fourth of the nation's 54,000 retail outlets of the public sector firms, had threatened to go on a strike over concerns of inadequate infrastructure to revise prices every midnight. "There was some practical difficulties which we have addressed in our meeting with leadership of all the three petroleum dealers association today," he told reporters here.

Instead of changing rates at midnight, it has been decided that prices should change before the start of business, he said. "Daily prices will change from 6 am," he said.

Federation of All India Petroleum Traders president Ashok Badhwar said the government has taken the decision of daily price revision in public interest. "And in public interest, we are also withdrawing no-sale-no-purchase agitation planned for June 16," he said.

Pradhan said the daily price revision follows successful pilot in five cities and would lead to even the smallest change in international oil prices being passed on to consumers. Till now, rates change on 1st and 16th of every month based on average international oil price and foreign exchange rate of the previous fortnight.

IOC Chairman Sanjiv Singh said whatever the pump operators were doing at 15-day frequency, they will be required to do daily. Pradhan also said the oil companies will expedite automation of the entire fuel supply chain -- from refinery transportation to fuel pumps -- so that manual intervention is reduced to minimal. Currently, only 20 per cent of the petrol pumps are automated.