China factory output rises in May but officials guarded

China's economy has long been driven by debt-fuelled investment in infrastructure, such as bridges, highways. 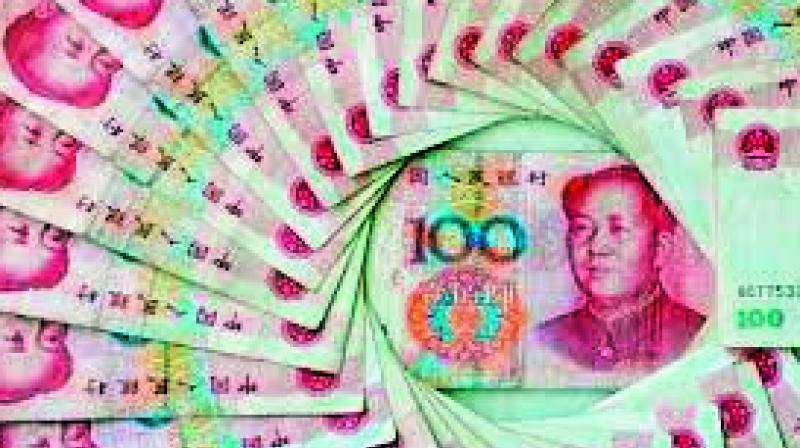 Growth momentum remained largely stable in May, but a cooling property market has started to have a negative effect on investment growth.

Beijing: Output by Chinese factories and workshops topped expectations in May, but officials warned on Wednesday of lingering "unstable and uncertain factors" at home and abroad that could pose a threat to the Asian giant.

The reading on industrial production, a key engine of growth, comes as Beijing wrestles with huge debt and excess capacity left over from massive government-backed infrastructure spending at the height of the global financial crisis.

There have been renewed concerns about the strength of the world's number-two economy following a mixed bag of indicators in recent months and US President Donald Trump's protectionist rhetoric.

But forecast-beating trade figures last week and signs of a pick-up in the global outlook have raised hopes that China will be able to sustain its momentum.

The economy maintained "moderate but steady and sound" development in May", National Bureau of Statistics (NBS) spokeswoman Liu Aihua said in a statement.

But she warned "unstable and uncertain factors still exist both domestically and externally".

Output rose 6.5 per cent from a year ago, the NBS said, unchanged from the previous month and slightly higher than forecasts of 6.4 per cent in a Bloomberg News poll of economists.

Fixed-asset investment excluding rural areas -- which measures spending on real estate, roads and bridges -- slowed to 8.6 per cent in the first five months of the year from 8.9 per cent in January-April. That missed estimates of 8.8 per cent.

Growth in retail sales -- a key gauge of consumer spending on everything from shoes and clothes to furniture -- was steady compared with April at 10.7 per cent and matched forecasts.

"Growth momentum remained largely stable in May, but a cooling property market has started to have a negative effect on investment growth," Nomura research analysts Yang Zhao and Wendy Chen said in a note.

China's economy has long been driven by debt-fuelled investment in infrastructure, such as bridges, highways and hydro-electric dams, as well as real estate.

But years of freewheeling credit have left it with huge amounts of debt that some fear could trigger a financial crisis, prompting authorities to rein in risky lending and property acquisitions.

Such concerns led Moody's to last month slash the country's credit rating for the first time in almost three decades.