The prices are revised every day based on crude price movements. 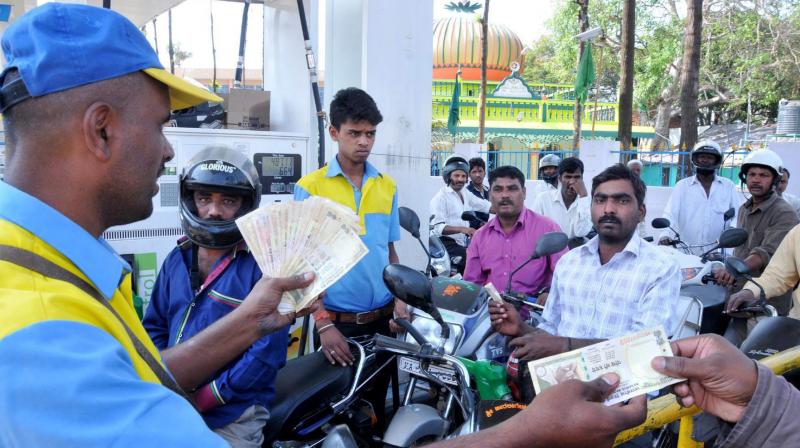 Fuel prices have been on a constant rise with petrol prices shooting up by nearly Rs 7-8 on Wednesday.

Mumbai: With the dynamic mechanism of fuel pricing in place, prices have been on a constant rise with petrol prices shooting up by nearly Rs 7-8 on Wednesday.

While Mumbai topped the price chart with customer shelling out as much as Rs. 79.48, Kolkata followed behind at Rs. 73.12. A litre of petrol in Delhi was priced at Rs. 70.38, while that in Chennai sold at Rs 72.95, according to the Indian Oil Corporation.

On June 6, the government launched the daily price change mechanism that saw petrol and diesel prices undergo revision everyday. The prices are revised every day based on crude price movements.

Ever since the rollout of this system, prices of fuel at first dipped by as much as Rs 3.45 per litre in a span of 13 days. However, prices have been on the rise in small amounts since June 28-29.

According to NDTV, since July, petrol prices have risen by Rs. 4.92-7.21 per litre, while diesel price increased by Rs.3.57-5.76 per litre, in the four major cities Delhi, Mumbai, Kolkata and Chennai

Customers can access IOCL’s mobile app Fuel@IOC for the rates. Alternatively, customers can also check the prices in their cities by sending SMS RSP< SPACE >DEALER CODE to 92249-92249. “The Dealer Code of each petrol pump would be prominently displayed in the petrol pump premises," IOCL had said.