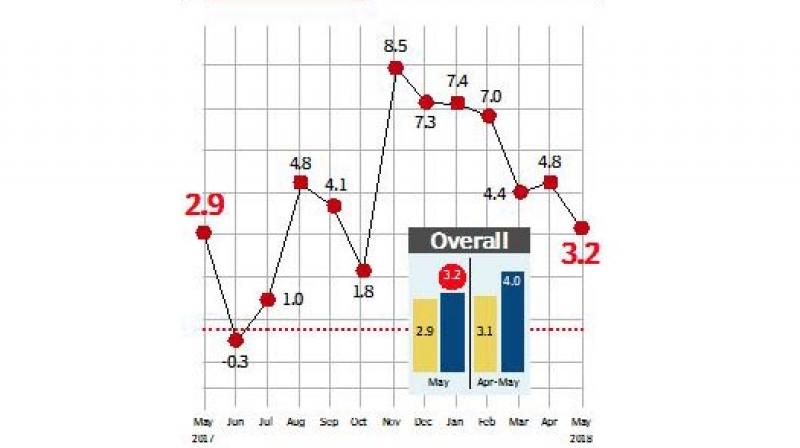 New Delhi: The retail inflation in June rose to 5 per cent, a five-month high, despite easing food prices. Meanwhile, the industrial production (IIP) growth slipped to a seven-month low of 3.2 per cent in May mainly due sluggish performance of manufacturing and power sectors coupled with poor offtake of fast moving consumer goods (FMCG).

Manufacturing, which contributes 78 per cent of industrial output, grew 2.8 per cent in May, slower than a 5.2 per cent rise in April, as domestic demand slowed.

A rising inflation and declining industrial production is not a good news for the economy.

“Although core remains elevated that may keep RBI on guard. We have not yet removed the ‘risk’ of one more rate hike. However given June CPI print the urgency for tightening may get diluted,” said Shubhada Rao, Group president and chief economist, Yes Bank. 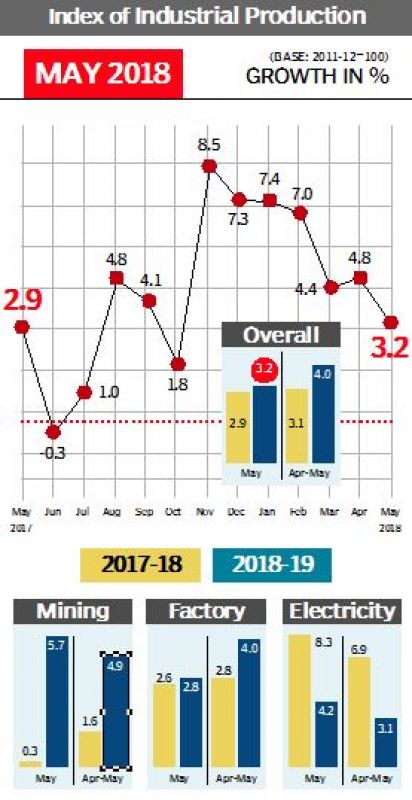 Crisil, chief economist Dharmakirti Joshi said that consumer prices are under pressure from both domestic and global factors.

“Global factors are crude prices and a depreciating rupee. Crude prices in June were about 60 per cent higher than the same month a year before. Domestic pressures are largely from the demand side, which is getting reflected in core inflation that printed at 6 per cent (excluding food, fuel, light and petrol) in June,” said Mr Joshi.

He added that the food inflation, too, could inch up in the coming months.