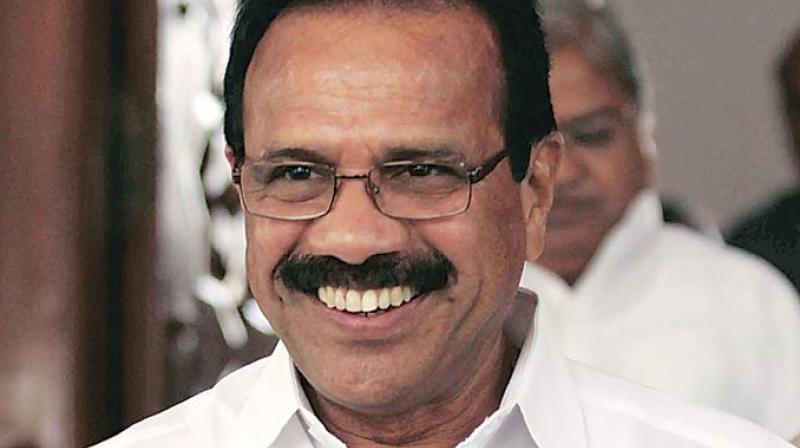 New Delhi: The statistics ministry is set to change the base year of national accounts to 2017-18 from 2011-12 after completion of the household consumer expenditure survey and labour force data by the end of 2018.

"My ministry has planned to revise the base year of National Accounts Statistics to 2017-18. The preparatory work for this huge exercise has been started," Statistics Minister D V Sadananda Gowda told reporters while addressing a press conference on the government's performance in last three years.

Elaborating on this, Chief Statistician T C A Anant said, "Once the results of employment survey and household consumer expenditure survey come out then base year can be changed. Those are critical inputs into the base revision". He also expressed hope for the economy growing at faster pace in April-June quarter on the back of good Monsoon and policy steps.

The minister also told reporters that CSO is planning to to develop a portal for collecting data, which will considerably reduce the time lag in release of the monthly index from the current 42 days. He also said, "We are exploring 'development of a fact-sheet on Indian economy'. This aims at providing a national fact-sheet, wherein various sources in ministries will provide quarterly data on 100 important indicators of Indian economy through a dynamic user-friendly dashboard. Such a national fact-sheet will facilitate decision making at the senior levels of the government".

According to the minister, the ministry is also exploring the possibility of conducting an annual survey of services sector, similar to the Annual Survey of Industries. Anant told reporters that the household expenditure survey will also consider online spending by the families. The minister was of the view that the ministry's effort on infrastructure project monitoring resulted in the reduction of cost overruns from 19 per cent in March 2014 to 11.2 per cent in January 2017.

In 2017-18, NSSO will undertake surveys on household consumer expenditure and household consumer expenditure on education and health, he further said. In 2018, surveys on disability, and Sanitation, hygiene and housing have been planned. To assess the conditions of farmers and villagers, a situation assessment survey of agricultural households, and a debt & investment survey are proposed to be undertaken in 2019, he added.