Consumer inflation eases to lowest in at least five years 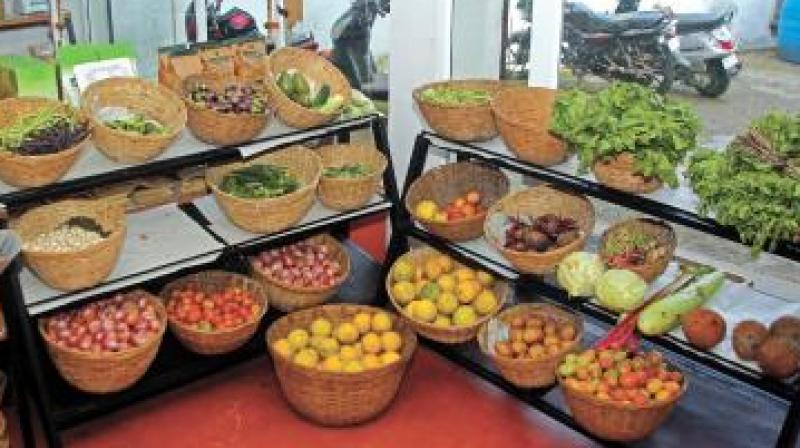 New Delhi: India's consumer inflation eased in April to its lowest in at least five years, reviving a debate on whether the Reserve Bank of India (RBI) should revisit policy easing even as most analysts expect it to hold rates for the time being.

Consumer prices rose by an annual 2.99 percent, compared with March's 3.89 percent, data released by the Ministry of Statistics showed on Friday.

The rise was lower than the 3.49 percent forecast by economists in a Reuters poll, and the lowest since India started publishing an economy-wide consumer price index in 2012.

It is also more than a full percentage point below the 4 percent mid-term inflation target of the RBI's Monetary Policy Committee (MPC), which has struck a hawkish tone and expressed concern about upside risks to inflation.

"Given the fragile nature of growth, there is a strong reason why RBI should return its stance to accommodative rather than the current neutral," said Rupa Rege Nitsure, group chief economist at L&T Finance Holdings.

Other economists said, however, that with price pressures set to pick up again in the second half of this year the RBI would be more likely to hold its main policy rate at 6.25 percent over the coming months.

"For the first half we expect the numbers to be fairly below RBI's trajectory," said Anjali Verma, economist at PhillipCapital India.

"However, in the second half it will be nearing 5 percent, which is in line with RBI's trajectory and therefore a rate cut is not anticipated."

India's improving inflation performance has pushed real interest rates - the amount by which they exceed inflation - strongly into positive territory. That has attracted buyers to the bond market and driven stocks to double-digit percentage gains in the current year to date.

Change in base year

On Friday, India released a new series of industrial output and wholesale inflation data, revising the base year to 2011/12 from 2004/05.

Wholesale prices rose by 3.85 percent in April from a year ago, while industrial output grew at 2.7 percent in March, government data showed.

The WPI and IIP data based on new series were not statistically comparable with the earlier data based on 2004/05 base year, T.C.A. Anant, India's chief statistician, told reporters.

India changed the base year for the country's gross domestic product (GDP) and Consumer Price Index based inflation data about two years ago while continuing with the old base year for other macro indicators.

The delay in revising the base year had often confused the markets and policymakers who have struggled to analyse discrepancies between the volume growth record by the IIP and value-added numbers reflected in GDP.

The base year reset is expected to bring in more accuracy in measuring the level of economic activity as well the national income.

The new IIP series will cover a new basket of commodities and assign new weights to them, removing obsolete items like typewriters and floppy disks. Ideally, they should move in the same range, as value addition at constant prices could address the price factors and broadly reflect physical growth.