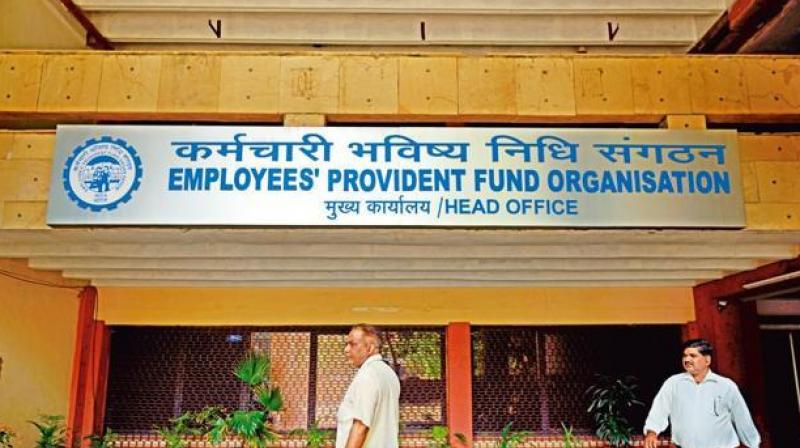 Govt has set aside by subsidising pension component of his share under Pradhan Mantri Rozgar Yojana.

Chandigarh: Retirement fund body EPFO on Tuesday advised subscribers not to completely withdraw funds for petty reasons, saying they will lose out on the social security benefits that come only when continuity is maintained.

The Employees' Provident Fund Organisation (EPFO) further said that PF money aimed at social security benefit and people should not treat it like a bank account.

"We want to convey all our members not to be tempted to make final withdrawals from their Provident Fund balances unless and until it is really necessary. They should continue to live with the fund until they retire from service, that is our primary objective.

"...we are discouraging people withdrawing in full for petty reasons, because they are not only losing on their PF money, they are also losing out big time on old age security and pension," V Ranganath, Additional Commissioner, Central PF Commissioner, Punjab and Himachal Pradesh, said.

The EPFO's zonal office here, covering states of Punjab and Himachal Pradesh, held a press conference today with a view to disseminate information in this regard and also to highlight several initiatives that have been taken by it.

"By withdrawal, we mean final payment. For example, you say I have quit the job at place X today and you are not going to be employed, and whatever balance you have you want that to be given to you. Part withdrawal is what we call the advance which a member draws from his/her PF account, which is not going to impact the membership," he said.

EPFO's objective was to make people aware about all its initiatives, especially in the introduction of new facilities and schemes such as Pradhan Mantri Rozgar Yojana for the employer and the housing scheme for the employees, which has really made it easy for people to dip into their funds to avail loan facility in an easy manner.

It is very important for employers to be aware of the benefits that the government has set aside by subsidising the pension component of his share under the Pradhan Mantri Rozgar Yojana.

"These are the schemes which we really want to press forward and make the people aware, the people here I mean the employer as well as the employee," he said.

Ranganath said it is a situation today where the digitisation or the digital movement is really enabling the EPFO to go forward and introduce lot of things more aggressively.

Replying to a question, he said in his zone, comprising of Punjab and Himachal Pradesh, there are over 61,000 enrolled establishments, while there are about 10.11 lakh contributing members.

Replying to another question, he said how pension is calculated is unique to every individual depending on the factors like length of service, contributions made etc.

About other initiatives of EPFO, Ranganath said two years back a Universal Account Number was introduced to facilitate members, which also helps them in case they change their jobs.