Irdai issued advisory to general insurance and health insurance companies to expedite settlement of claims for the two states. 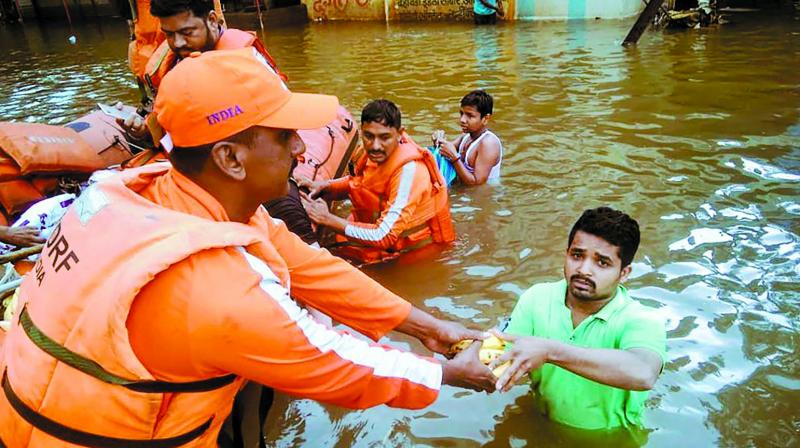 New Delhi: Insurance regulator Irdai has asked insurers to take immediate steps for speeding up settlement of claims in flood-affected areas of Karnataka and Maharashtra.

Monsoon rains have also caused widespread damaged to life and property in three other states of Madhya Pradesh, Uttrakhand and Kerala.

The Insurance Regulatory and Development Authority of India (Irdai) has issued advisory to general insurance and standalone health insurance companies to expedite settlement of claims in Maharashtra and Karnataka.

The recent floods have caused immense loss to property in the state of Karnataka and Maharashtra, said the regulator while issuing guidelines on insurance claims of victims of recent floods in parts of the two states.

"There is an urgent need for the insurance industry to take immediate steps to mitigate the hardships of the affected insured population by ensuring immediate registration and settlement of eligible claims," Irdai said.

It has asked the insurers to ensure that all claims are surveyed immediately and claim payments are disbursed at the earliest. They have also been asked to engage adequate number of surveyors in the affected areas.

A total of 2,694 villages in eighty-six taluks of 17 districts in Karnataka have been affected due to floods and rains.

According to information available from the state government, the death toll is 42 so far, while 12 were missing.

Meanwhile, Karnataka Chief Minister B S Yediyurappa on Monday expressed hope that the situation in flood-ravaged parts of the state will be back to normal in four to six days as there had been a let-up in the rains.

Union Home Minister Amit Shah on Sunday conducted an aerial survey of flood-hit areas in Satara, Sangli and Kolhapur districts in Maharashtra where 40 people lost their lives since the unprecedented deluge swamped the region, causing large-scale destruction and displacement of over four lakh people.

According to reports, so far over 70 people have died in Kerala due to floods and over 2.8 lakh people have taken shelter in 1,654 relief centres in the state.