Madhya Pradesh clarifies it will not bring petroleum products under GST

Jayant Mallaiya said it is difficult to bring petroleum products under GST as state gets 35 per cent of its revenue from it. 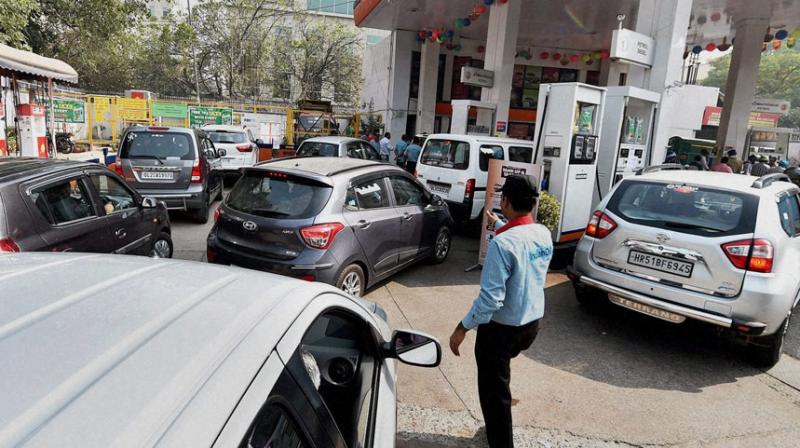 The Madhya Pradesh government on Saturday made it clear that petroleum products will not be brought under the ambit of GST. Photo: PTI

Indore: The Madhya Pradesh government here on Saturday made it clear that petroleum products will not be brought under the ambit of Goods and Services Tax (GST).

"The total commercial revenue that we get from petroleum products is about 35 per cent of the total tax (commercial) that government collects. Therefore, it is difficult for us to bring it under the GST as we need funds for running the government, development and to fulfill our social obligations," state finance minister, Jayant Mallaiya told reporters.

However, the minister, who admitted that the rate of tax (VAT and entry tax) on petroleum products in the state is on the higher side also gave a justification for it.

"States like Gujarat and Maharashtra get sufficient revenue from industrial production, but it was not the case with Madhya Pradesh as industrial activities are less here. Therefore, for earning enough funds (revenue) we have to levy tax on petroleum products," Mallaiya said.

Mallaiya said he was satisfied with the implementation of GST in the state and the GST Council on the basis of state's feedback is continuously reforming it. "Madhya Pradesh will get lot of benefit with this new tax regime because it is located centrally. It will also result in enhancement of business activities especially stocking and transportation of goods," he said.

Answering a question he said only those who don't want to do their business in a fair manner are not happy with decisions like GST and demonetisation.

On opposition's charge that the state government is burdening people by borrowing money continuously, the minister said the government will not have any problem in taking loans for developmental and schemes meant for fulfilling social obligations.

Besides, the growth rate of the state is much higher under BJP regime than that of Congress.