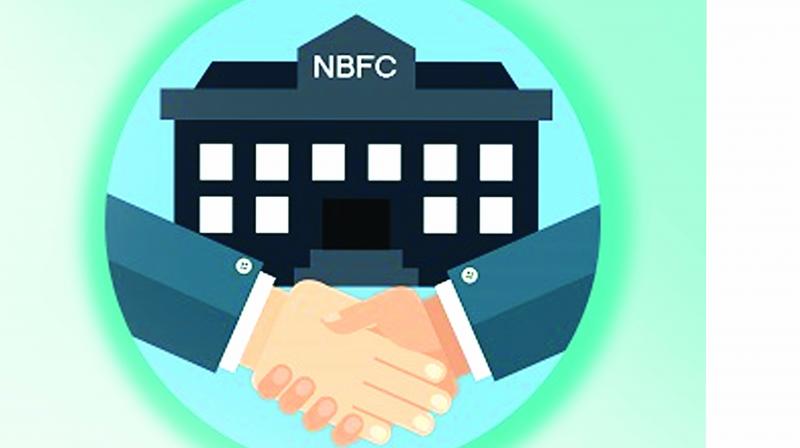 As on date, 11 PSBs have already been placed under PCA, resulting in deceleration in their loan book growth.

Mumbai: With RBI placing restrictions on a couple of public sector banks under the prompt corrective action (PCA), NBFCs and private sector banks are likely to gain market share in the incremental credit demand in the coming years.

According to Acuite Ratings and Research, mid-corporates and MSMEs will need to mobilise around Rs 6 lakh crore of additional debt over the next two years to meet their increased working capital and capex requirements.

“We believe that such slowdown in lending by PSBs will lead to a huge opportunity build-up of nearly Rs 4.5 lakh crore for other lenders, especially NBFCs and private sector banks (including small finance banks) over 2018-2020. NBFCs lending to mid-corporate and SME segment is expected to grow at a compounded annual growth rate of 25 per cent over the next two years,” said Sankar Chakraborti, CEO, Acuité Ratings.

However, the agency believes that this would still remain insufficient to meet the increasing credit demand of these entities.

The growth in advances of PSBs are likely to remain modest in FY19 and FY20 given the continuing challenges in asset quality, provisioning requirements and capitalisation.

As on date, 11 PSBs have already been placed under PCA, resulting in deceleration in their loan book growth.

For these 11 banks, overall loan book has de-grown by around 3.3 per cent in FY18 on the back of a de-growth of 3.6 per cent in the previous year, primarily due to slowdown in lending to MSMEs and mid-corporates.

While more strictures are being placed on existing PSBs under PCA, few more large PSBs may be placed under the PCA framework shortly.

This, the ratings agency said may result in no net increase in PSBs’ lending to the mid-corporate and SME segments over the next two years, as the growth in lending by PSBs outside the PCA framework will be offset by the de-growth in lending by the PSBs under the framework.

NBFCs have already witnessed a growth of 24 per cent in their AUMs over the last 2 years, reflecting the emerging opportunity.

While large NBFCs are expected to continue their growth trajectory driven by the opportunity in the retail and MSME space, there will also be strong growth prospects for wholesale focused NBFCs including the new entrants, to grow their lending book.

Most of them are strongly capitalised and have also raised capital from the equity markets in recent times.

Meanwhile, more banks are unlikely to be brought under the PCA framework as the situation pertaining to bad loans is expected to improve in the next couple of quarters, according to a finance ministry official.