The tax incidence on hybrid vehicles will go up to 43 per cent from the current effective tax rate of 30.3 per cent. 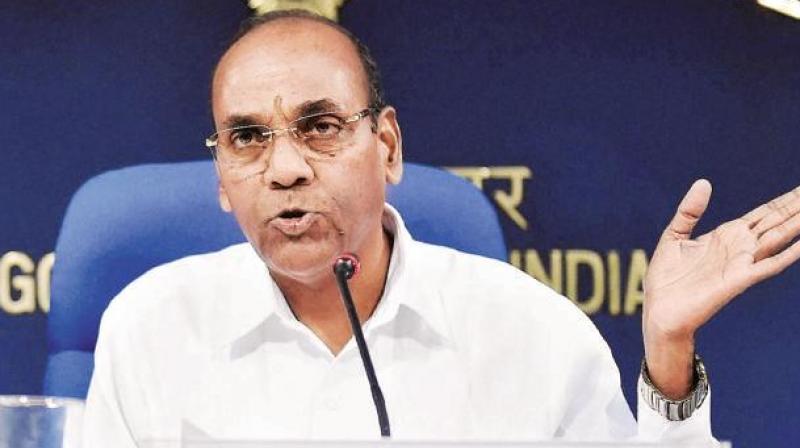 New Delhi: Union Heavy Industries Minister Anant Geete today said he will take up the issue of lowering the 43 per cent tax rate on hybrid vehicles under GST with Finance Minister Arun Jaitley.

Yesterday, Jaitley hinted that the tax rate on hybrid cars will not be reviewed, saying the industry demands were not in sync with a study conducted by tax officers. The GST Council has fixed 43 per cent tax (28 per cent GST plus 15 per cent cess) on hybrid cars, a rate that the automobile industry feels is too high for the fuel efficient vehicles.

When contacted, Geete told PTI he would take up the issue with the finance minister. Earlier also, the heavy industries ministry had written to its finance counterpart seeking lowering of the 43 per cent tax rate on hybrid cars. "Our ministry has firmly sought the lowering of the tax on hybrid vehicles. The tax incentives will boost the sales of hybrid vehicles," Secretary in the Department of Heavy Industry Girish Shankar said.

Addressing reporters after the GST Council meeting yesterday, Jaitley said: "We have done a detailed study on auto industry demand and a paper has been made which will be circulated among members. And, if necessary, it would come up for discussion. The fact that is being presented (by the industry), according to the paper, is not correct".

When contacted, Society of Indian Automobile Manufacturers Secretary General Vishnu Mathur said it would not be possible to comment without understanding contents of the report. Similarly, Toyota Kirloskar Motor Vice-Chairman Shekhar Vishwanathan said: "We would like to know the contents of the report that the finance minister is talking about. First of all we need to be clear about the definition of hybrid - vehicles that have an internal combustion engine and an electric motor."

He further said globally, hybrids are supported by governments considering their environment-friendly properties due to lesser emission and higher fuel efficiency. "If they withdraw the benefit to hybrid vehicles, then people will go back to conventional petrol and diesel engines till the time all the infrastructure for electric vehicles are in place, which is not expected to happen in the next ten years," Vishwanathan added.

What the government needs to understand is that hybrids complement electric vehicles as they are part of the ecosystem. The automakers in their demand to the GST Council had sought reduction in the tax rate on hybrid vehicles to 18 per cent, arguing that they are much more efficient and eco- friendly but require scale and volume to become economically viable.

The tax incidence on hybrid vehicles will go up to 43 per cent from the current effective tax rate of 30.3 per cent. Hybrid vehicles attract excise duty of 12.5 per cent, similar to entry-level small cars such as Tata Nano or Maruti Alto.