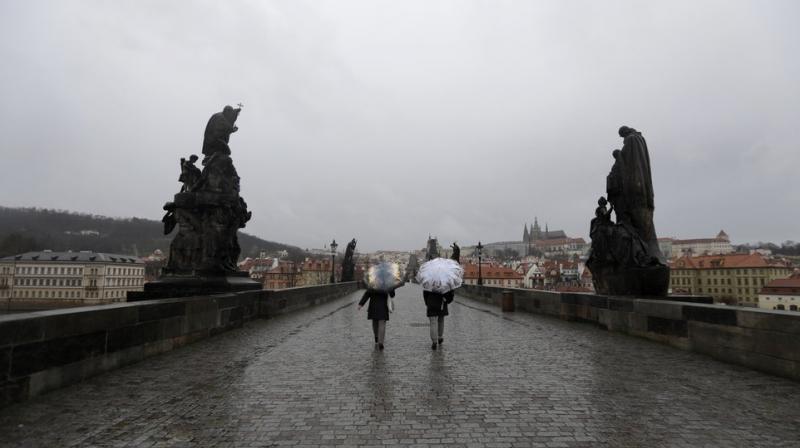 For the global economy, virus repercussions were profound, with increasing concerns of wealth- and job-wrecking recessions. U.S. stocks wiped out more than all the gains from a huge rally a day earlier as Wall Street continued to reel.

The Dow Jones Industrial Average dropped 1,464 points, bringing it 20% below its record set last month and putting it in what Wall Street calls a “bear market.” The broader S&P 500 is just 1 percentage point away from falling into bear territory and bringing to an end one of the greatest runs in Wall Street’s history.

WHO officials said they thought long and hard about labeling the crisis a pandemic — defined as sustained outbreaks in multiple regions of the world.

The risk of employing the term, Ryan said, is “if people use it as an excuse to give up.” But the benefit is “potentially of galvanizing the world to fight.”

Underscoring the mounting challenge: soaring numbers in the U.S. and Europe’s status as the new epicenter of the pandemic. While Italy exceeds 12,000 cases and the United States has topped 1,300, China reported a record low of just 15 new cases Thursday and three-fourths of its infected patients have recovered.

“If you want to be blunt, Europe is the new China,” said Robert Redfield, the head of the U.S. Centers for Disease Control and Prevention.

With 12,462 cases and 827 deaths, Italy said all shops and businesses except pharmacies and grocery stores would be closed beginning Thursday and designated billions in financial relief to cushion economic shocks in its latest efforts to adjust to the fast-evolving crisis that silenced the usually bustling heart of the Catholic faith, St. Peter’s Square.