Exxon will charge 12.5 per cent of prevailing Brent oil price for about 1 mt per annum of additional LNG. 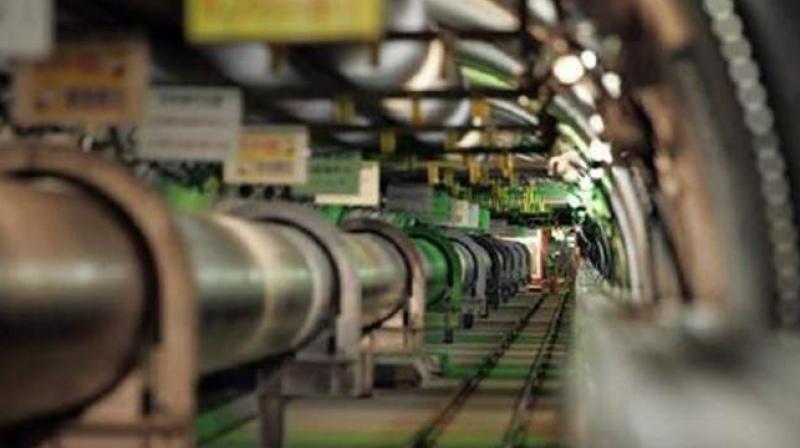 India will buy an additional one million tonnes per annum of LNG from Australia's Gorgon project after it got Exxon Mobil Corp to cut prices. Photo: PTI

New Delhi: India will buy an additional one million tonnes per annum of liquefied natural gas (LNG) from Australia's Gorgon project after it got Exxon Mobil Corp to cut price agreed to eight years ago.

Exxon will charge 12.5 per cent of prevailing Brent oil price for about 1 mt per annum of additional LNG that Petronet LNG Ltd, India's largest gas importer, will buy over and above the 1.44 million tonnes already contracted.

The additional volumes were agreed upon after Exxon agreed to slash price of LNG under the 20-year deal signed in August 2009, sources privy to the development said.

Exxon will bear the cost of shipping LNG from Australia to India and will charge 13.9 per cent of the prevailing Brent oil price for the 1.44 million tonnes long-term LNG in place of 14.5 per cent of the price of Japan crude imports or JCC.

The sources said the August 2009 deal was Free on board (FOB) trade where the buyer had to arrange for shipping.

At USD 50 per barrel oil price, Gorgon LNG, whose supplies started in January this year, would have cost USD 7.25 per million British thermal unit at the port of loading.

Adding another USD 1 for transportation would have led to delivered price of USD 8.25 in the old contract.

In the new formula, Gorgon LNG delivered at Indian port will cost USD 6.95 per mmBtu. "Happy to share good news that India has, yet again, been able to address the long-term price issue of LNG from Gorgon to suit Indian market," Oil Minister Dharmendra Pradhan said in a tweet.

India had used its status of Asia's third-largest LNG buyer to renegotiate in 2015 the pricing formula with Qatar's Rasgas to buy the gas at half the original price. "Indian customers will receive (Gorgon) LNG volumes at an amicable price soon. This is done in a similar way to what we did with LNG from Qatar," Pradhan said in another tweet.

Petronet had last year formally sought at least 10 per cent cut in price of LNG it plans to buy from Australia's Gorgon project as the 14.5 per cent indexation was one of the highest in the world.

Petronet in late 2015 had renegotiated price of the long-term deal to import 7.5 mt per year of LNG from Qatar, helping save Rs 8,000 crore. At that point, it had also signed a contract to buy an additional 1 mt per annum till 2028.

"That deal for an additional 1 million tonne was at 13.05 per cent of the ruling Brent price. So naturally, the expectation is that the Gorgon should lower the indexation to a minimum 13 per cent," the source said.

LNG in spot or current market is available at USD 5-6 per mmBtu.

State-owned gas utility GAIL India, one of the four PSU promoters of Petronet, had in 2013 sought review of the Gorgon LNG price formula. Its then director (marketing) Prabhat Singh, who now is the Managing Director and CEO of Petronet LNG, in June 2013 had written a letter seeking reduction in price of Gorgon LNG.