The survey said achieving the high end of the 6.75-7.5 per cent growth projected previously will be difficult. 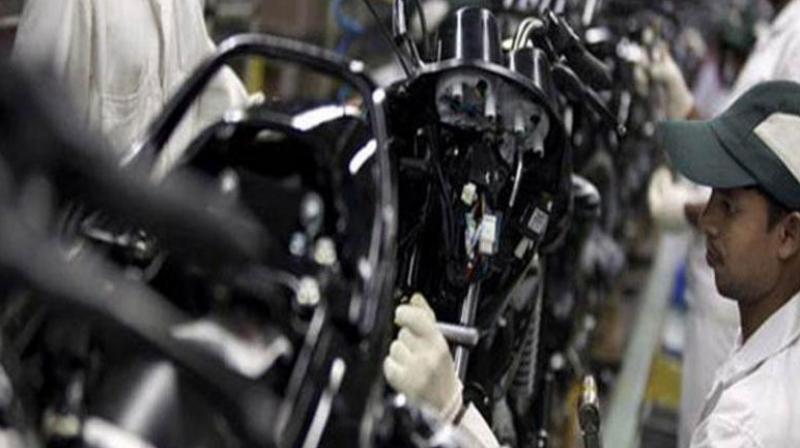 Achieving the high end of the 6.75-7.5 per cent growth projected previously will be difficult, said the Mid-Year Economic Survey.

New Delhi: Achieving the high end of the 6.75-7.5 per cent growth projected previously will be difficult due to appreciation of rupee, farm loan waivers and transitionary challenges from implementing GST, the Economic Survey said on Friday.

For the first time on Friday, the government presented a second or a mid-year economic survey for the year 2017-18 highlighting the new factors that the economy faces since the last such exercise in February.

It also said that the scope for monetary easing was considerable and this, coupled with reform to address the twin balance sheet challenge, will help the economy achieve its full potential quicker.

"Cyclical conditions suggest that the policy rate should actually be below... the neutral rate. The conclusion is inescapable that the scope for monetary easing is considerable," said Finance Minister Arun Jaitley.

The Economic Survey said that a number of indicators-- GDP, IIP, credit, investment and capacity utilisation, point to a deceleration in real activity since first quarter of 2016-17 and a further deceleration since the third quarter.

The first volume of the Survey in February had predicted the range of GDP growth of between 6.75-7.5 per cent, factoring in more buoyant exports, a post-demonetisation catch-up in consumption and a relaxation in monetary conditions consequent upon demonetisation.

Since then all the new factors-- real exchange rate appreciation, farm loan waivers, increasing stress to balance sheet in power, telecom, agricultural stress and transitional challenges from implementing the GST -- impart a deflationary bias to activity, the Survey said.

Since February 2017, the rupee has appreciated by about 1.5 per cent.

It said the government and the RBI have taken "prominent steps" to address the twin balance sheet challenge which has boosted market confidence in the short run. Also, the removal of checkposts and easing of transport constraints after Goods and Service Tax (GST) implementation can provide some short- term fillip to economic activity.

The Survey said that the balance of risk to achieving the 6.75-7.5 per cent growth has shifted to the downside. "The balance of probabilities has changed accordingly, with outcomes closer to the upper end having much less weight than previously," it added.