GST on entertainment sector should be kept at 12 per cent so that the local bodies could also levy their own tax. 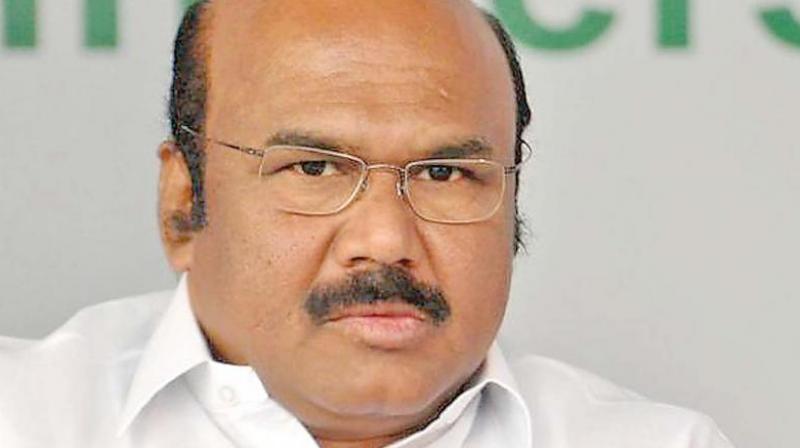 Chennai: Tamil Nadu government today said that it would introduce the GST bill in the state Assembly in the session starting June 14.

Finance Minister D Jayakumar, in his address at a meeting of the GST Council in Delhi, pointed out that the Assembly has been scheduled from coming Wednesday.

"The Tamil Nadu Goods and Services Tax bill will be introduced for consideration and passage during this session," he said.

A copy of the Minister's speech was released by the state government here.

In the meeting, Jayakumar reiterated his government's stand on tax rates on a number of commodities, even as he sought the GST on entertainment sector be kept at 12 per cent.

"We would urge that the levy of GST on entertainment sector should be kept at 12 per cent so that the local bodies could also levy their own tax," he added.

Among others, he sought tax on water sold in refill cans and small plastic pouches besides curry, other spices and masala powder, be taxed at five per cent.

Handloom textiles, fishnet and fishnet twine and sago should be 'Nil-rated,' he added.

Jayakumar said that a uniform levy of 28 per cent on the fireworks industry, which is largely located in Tamil Nadu, "may harm this sector and also would pave way for the market being flooded with imported fireworks."

"We would, therefore, suggest that the rate of tax on fireworks may be reduced," he said.

He said that based on Tamil Nadu's request, the GST council has agreed to tax footwear below Rs 500 at five per cent, to place palmyra jaggery in the Nil-rated category and to levy tax on textiles at a uniform lower rate.