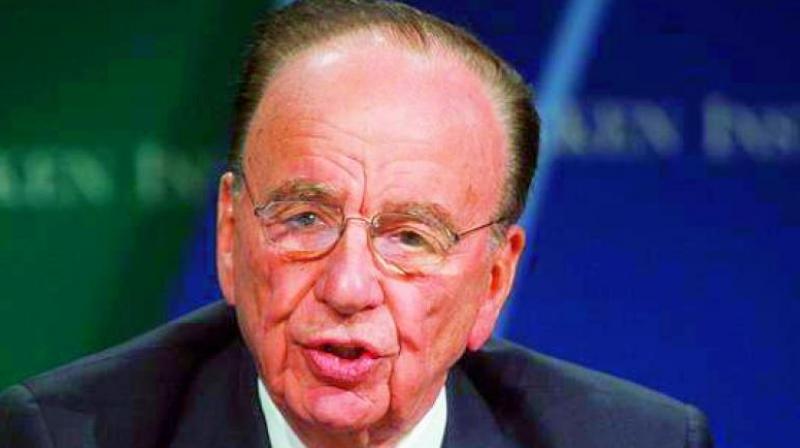 New York: Rupert Murdoch may get all of European broadcaster Sky after all after the U.K. phone-hacking scandal scotched a previous effort.

Sky said Friday that Murdoch's entertainment conglomerate 21st Century Fox has reached a preliminary deal to buy the rest of Sky for 10.75 pounds ($13.60) per share, the equivalent of about 11.2 billion pounds ($14.1 billion).

Fox already owns just over 39 percent of Sky, and the deal price values the entire broadcaster at 18.5 billion pounds.

However, Sky and 21st Century Fox both said in statements that they're still talking about some terms and a definitive deal is still not certain.

Murdoch had previously tried to take full control of Sky but was sidelined in 2011 amid a phone-hacking scandal at his British newspapers that rocked the U.K. political and media establishment. The outcry has largely died down since then.

Taking control of Sky would give 21st Century Fox, which owns cable networks Fox News, FX and the Fox broadcast channel and a major Hollywood film studio, a distributor in Europe. Sky plc has 22 million customers in the U.K., Ireland, Germany, Austria and Italy. It sells TV and internet service, has its own news operation and sports channels and makes some TV shows.

There has long been speculation that another takeover deal was coming from 21st Century Fox. James Murdoch, Rupert's son and the CEO of 21st Century Fox, became chairman of Sky in April. He had been CEO of Sky, then known as BSkyB, from 2003 to 2007 and chairman from 2007 to 2012.

The pound's 16 percent drop against the dollar since June, when Britain voted to leave the European Union, would have made the U.K.-based Sky cheaper to acquire.

A combination of 21st Century Fox and Sky would be the latest to bring together a maker of TV and movies and a distributor of it. Wireless carrier AT&T has proposed buying HBO, CNN, TBS and film studio owner Time Warner in the U.S. for $85.4 billion. Cable giant Comcast finished its takeover of NBCUniversal in 2013.

Entertainment companies are under pressure to adapt to changing video habits as consumers increasingly "cut the cord" on traditional TV and spend more time watching video on their phones.

Sky shares jumped 27 percent to close at 10 pounds on the London Stock Exchange Friday. Stock of 21st Century Fox fell 3.4 percent to $27.67 in afternoon trading in the US.