The GST Council will meet for the last leg of its two-day meet and the session will be chaired by Finance Minister Arun Jaitley. 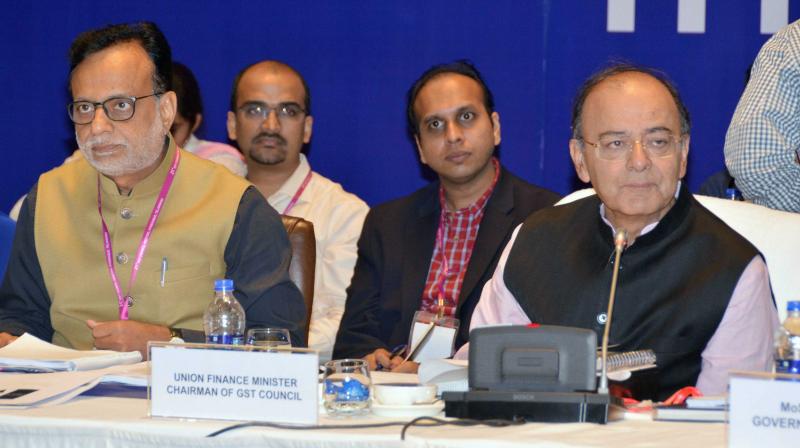 The GST Council will meet for the last leg of its two-day meet in Guwahati and the session will be chaired by Finance Minister Arun Jaitley. (Photo: PTI)

Guwahati: Nearly 200 items, ranging from shampoos to white goods may become cheaper from Friday as the GST Council is expected to prune 80 per cent of items in the top 28 per cent slab.

On the last leg of its two-day session on Friday, the GST Council meet will be chaired by Finance Minister Arun Jaitley.

Here is what we can expect from the 23rd meeting of the Council:

1. Deliberation on the suggestions made by Assam Finance Minister Himanta Biswa Sarma-headed group of ministers (GoM) to cut tax rates for the composition scheme businesses to 1 per cent.

2. The GST rates on over 200 daily-use items are expected to be slashed 28 per cent to 18 per cent. These include handmade furniture, shampoo, sanitary ware, some electronics, plywood, stationery, watches, etc.

3. Eating out may get cheaper as the Council may slash the rate on food in restaurants. It will also take a call on tax rate doing away with the distinction in tax rates levied on AC and non AC restaurants.

4. The GoM headed by Himanta Biswa Sarma had also suggested that eating out at hotels that have room tariff of more than Rs 7,500 should attract a uniform 18 per cent rate instead of any separate category for 5-star hotel, which currently falls under the 28 per cent bracket.

5. The GoM had also suggested slashing tax rate to 1 per cent for manufacturers and restaurants opting for the composition scheme from 2 per cent and 5 per cent, respectively.

6. The Council will also deliberate on how to make the composition scheme feasible for inter-state trade.

7. It will also discuss how to make the GST return filing process more taxpayer friendly.

8. The GoM had also suggested slashing tax rate to 1 per cent for manufacturers and restaurants opting for the scheme from 2 per cent and 5 per cent, respectively.

9. The panel had also suggested that traders who want to exclude sale proceeds of tax-free items from turnover can pay 1 per cent GST. However, for those who pay tax on total turnover, the tax rate has been proposed at 0.5 per cent.

10. The GST Council is also going to review the requirement of filing three returns every month.