The country invested around Rs 52,000 crore over the last decade at various airports. 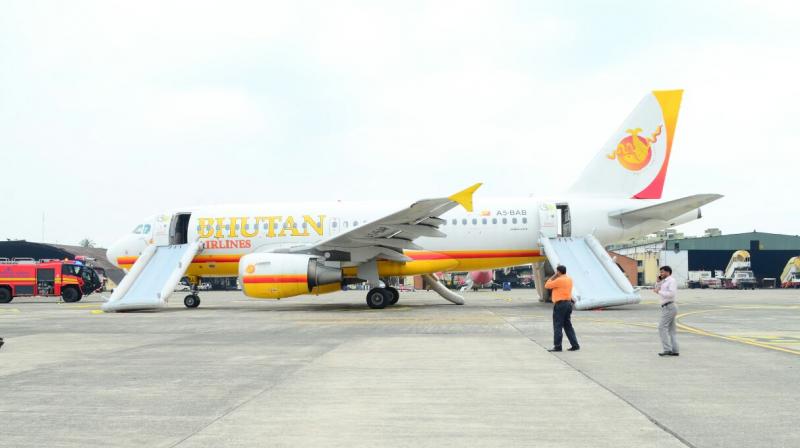 Airports infrastructure sector is increasingly getting constrained by the strong growth in traffic since FY14. (Photo: DC)

Mumbai: The aviation segment will need a whopping Rs 2.4 trillion investment over the next decade to meet the rising passenger traffic which has been clipping in high double digits all through the year, making the country the fastest-growing market, said a report today.

The country would have to treble the airports capacity at an estimated capital expenditure of Rs 2.4 trillion in the next ten years, said the report by domestic credit rating agency Icra.

The country invested around Rs 52,000 crore over the last decade at various airports. The projected investment requirement is more than four times the amount envisaged by the national airports operator AAI at Rs 65,000 crore.

But capacity addition has been moderate. The new airports in New Delhi and Mumbai and other key cities have already crossed their projected traffic for 2020 by many millions. Only Bengaluru and Hyderabad are yet to cross the
installed capacity, it said.

Harsh Jagnani, VP and sector head at Icra, said the past model of funding plans -- debt and equity, deposits from real estate and long term concessionaires, and securitisatised debt and airport development fees -- will not work.

Positively, airports operators have healthy balancesheet with moderate capex over the past few years and healthy cashflows, leaving their leverage profile comfortable. Their total debt stood at around Rs 19,000 crore last fiscal. Of this, 63 per cent is funded by banks/financial institutions and 28 per cent by forex bonds, the rating agency said.

The national operator AAI, too, has mostly used internal accruals to fund capex in the past. "But the situation is likely to change going forward with higher requirement of non-equity funding. As per Icra estimates, AAI's financial position gives it capability to raise debt of around Rs 20,000 crore. But this is too low
given the scale of capex needed.

"So this calls for greater participation from the private players," said the report.
"Private players' participation has slowed down after the initial burst of 2004-06 when Delhi, Mumbai, Bangalore and Hyderabad airports were privatised.

"Issues that hampered private participation included regulatory uncertainties, restricted capacity of major infra players given their liquidity constraints, funding constraints of banks, and concerns regarding absorption of AAI's sizeable employee base in case of privatisation," Jagnani pointed out.

The government has sanctioned new international airports in Delhi, Mumbai, Pune and Goa.