By the end of 2021, the loss of income exceeds that of any previous recession over last 100 years outside wartime, says OECD chief economist 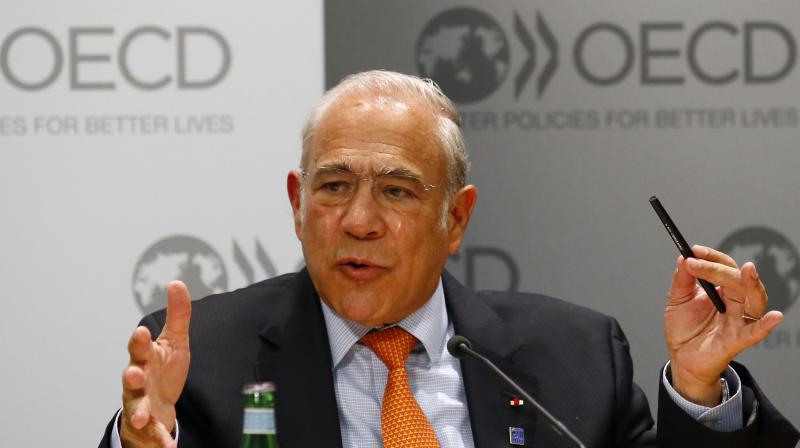 London: The global economy will suffer the biggest peace-time downturn in a century before it emerges next year from a coronavirus-inflicted recession, the OECD said on Wednesday.

Updating its outlook, the Organisation for Economic Cooperation and Development (OECD) forecast the global economy would contract 6.0% this year before bouncing back with 5.2% growth in 2021 - providing the outbreak is kept under control.

However, the Paris-based policy forum said an equally possible scenario of a second wave of contagion this year could see the global econmy contract 7.6% before growing only 2.8% next year.

“By the end of 2021, the loss of income exceeds that of any previous recession over the last 100 years outside wartime, with dire and long-lasting consequences for people, firms and governments,” OECD chief economist Laurence Boone wrote in an introduction to the refreshed outlook.

With crisis responses set to shape economic and social prospects for the coming decade, she urged governments not to shy away from debt-financed spending to support low-paid workers and investment.

“Ultra-accommodative monetary policies and higher public debt are necessary and will be accepted as long as economic activity and inflation are depressed, and unemployment is high,” Boone said.

As the threat of a second wave of contagion keeps uncertainty high, Boone said now was no time to fan the flames of trade tensions and governments should cooperate on a treatment and vaccine for the virus.

The U.S economy, the world’s biggest, is seen contracting 7.3% this year before growing 4.1% next year. In the event of a second outbreak, the U.S. recession would reach 8.5% this year and the economy would grow only 1.9% in 2021, the OECD said.

Meanwhile, the euro area is heading for a downturn of 9.1% this year followed by 6.5% growth next year. But the recession could reach 11.5% this year in the event of a second outbreak, followed by growth of 3.5% in 2021.

Britain is expected to see the worst downturn among the countries covered by the OECD, with its economy forecast to contract 11.5% this year before recovering 9.0% next year. A second outbreak could trigger a slump of 14.0% this year followed by a rebound of 5.0% next year, the OECD said.