Food Minister has asked states to name those who have left so that they could also get cheaper foodgrains. 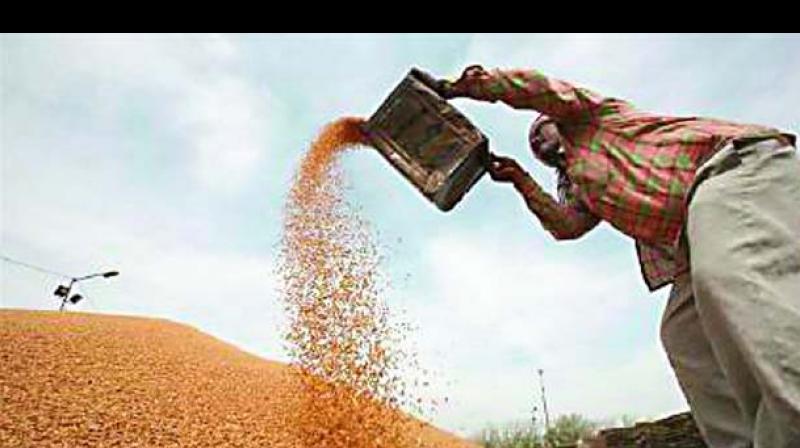 Foodgrains are subsidised in India.

New Delhi: As many as 79 crore people, out of 81 crore entitled under the food law, are getting highly subsidised wheat and rice, Food Minister Ram Vilas Paswan said today.

He asked the states to provide the names of the remaining two crore people so that they could also get cheaper foodgrains under the National Food Security Act (NFSA). Under this law, the government provides five kgs of foodgrains per
person per month at Rs 1-3 per kg.

Replying to supplementaries during Question Hour in the Rajya Sabha, Paswan also sought to allay members' apprehensions about linking of Aadhaar to the scheme, saying those entitled would get the benefits even if they do not have
the Aadhaar number.

"There is a provision of providing subsidised food to up to 81 crore people under the NFSA and 79 crore people are getting it. It is now the responsibility of the state governments to provide the names of the remaining 2 crore people who are entitled to the benefit," he said in the Rajya Sabha during Question Hour.

There are around 50 lakh people from UP whose names have not been provided, Paswan said adding that similarly, many in Bihar were also not availing the benefits.

Responding to members' concerns, Paswan also said that though the government wanted increased usage of Aadhaar, if a person does not have the unique identity number, it does not mean that he or she should be deprived of the benefits he or she is entitled to.

Speaking about the NFSA, the Union Minister said that the previous UPA government had also made a major contribution. The NFSA covers 75 per cent of the rural and 50 per cent of the urban population.