No room to delay GST beyond Sept 15: Jaitley 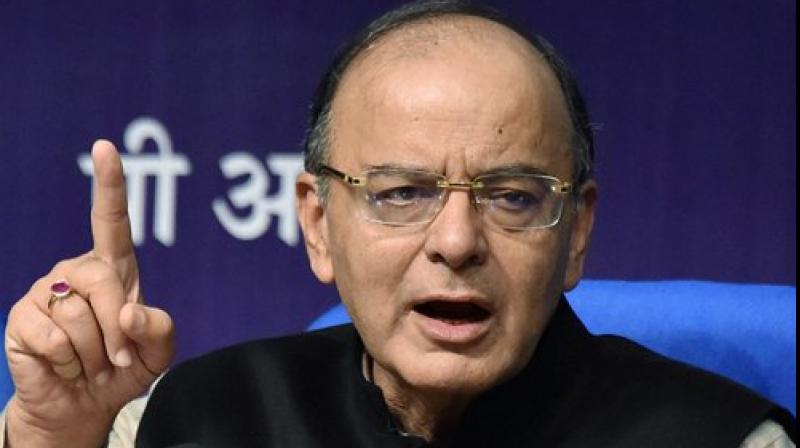 “There is no room to delay GST beyond Spetember 15,” Jaitley told ET Now. This concurs with Jaitley's earlier statement that it was a Constitutional compulsion for government to go ahead with GST implementation before September 15.

He informed that the government was intending to table the GST law in second half of ongoing Budget session of Parliament.

On the possible merger of state-owned oil majors, the finance minister said that it was only at a proposal stage and now it was up to the petroleum ministry to look into it and arrive at a formula to work on it.

The government in Union Budget 2017 scrapped the Foreign Investment Promotion Board that till its ending acted as a nodal agency for foreign funds into country.

“We will clarify on procedures on how cases will be handled in absence of FIPB,” Jaitley said who also mitigated taxpayers’ fears over new CBDT guidelines and said some provisions of tax search and seizure were being misunderstood.

Jaitley stressed on the need to debate 'bad banks' to thwart any demadn from political parties for a budgetary support for them. "Do not want to have to provide budgetary support to a 'bad bank' acting as an ARC." ARC stands for Assets Restructuring Company.

The finance minister who steered clear of taking any corporate entity's name and clarified with a 'no government intervention' policy said that companies (banks included) must act on their own resolve cases and change in ownership.

"For recapitalisation of banks a provision of Rs 10,000 crore has been made and that was according to norms of Indrdhanush scheme," he told the news channel.

The government hoped that it would be able to raise Rs 72,500 crore from disinvestment and strategic sale of select public sector undertakings.