For current fiscal government had initially given a budget of Rs 9,000.75 crore for PMFBY. 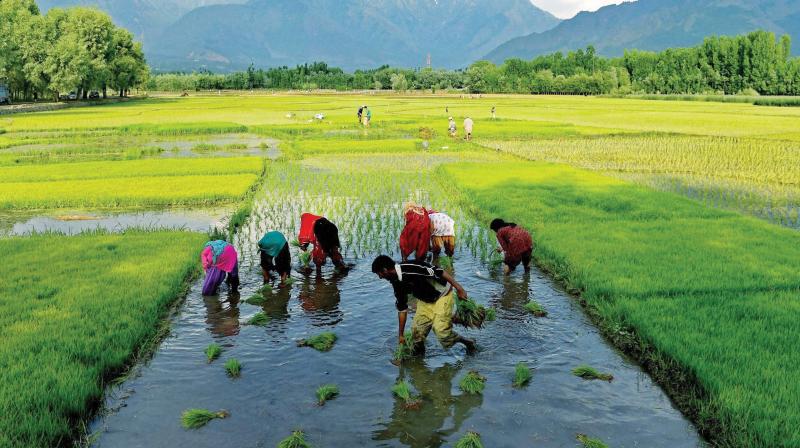 Under the PMFBY, farmers' premium has been kept lower between 1.5-2 per cent for foodgrains and oilseed crops.

New Delhi: The government is likely to increase the budget allocation for the Pradhan Mantri Fasal Bima Yojana (PMFBY) to Rs 13,000 crore for 2018-19 from Rs 10,701 crore for the current financial year, sources said.

The Union Budget for 2018-19 will be presented on February 1. Under the upgraded crop insurance scheme PMFBY, launched early 2016, farmers pay very nominal premium and get full claim for the crop damage.

According to sources, the budget allocation for the PMFBY could go up to Rs 13,000 crore for the next fiscal taking into account about 10 per cent likely increase in the sum insured.

While the Agriculture Ministry has demanded Rs 11,000 crore budget for the next fiscal for the flagship scheme, but the ministry is hopeful of getting more funds from the Finance Ministry considering the importance of the scheme. For the current fiscal, the government had initially given a budget of Rs 9,000.75 crore for the PMFBY.

However, the additional requirement of Rs 1,701 crore was made through supplementary demands, taking the total allocation to Rs 10,701 crore for the scheme, sources added. Total crop insurance claim for 2016-17 crop year (July- June) is estimated to be Rs 15,500 crore.

Already claims to the tune of Rs 13,661 crore have been reported, of which Rs 12,313 crore have been settled, according to official data. As many as 5.70 crore farmers purchased the crop insurance policy PMFBY during 2016-17 crop year.

Under the PMFBY, farmers' premium has been kept lower between 1.5-2 per cent for foodgrains and oilseed crops, and up to 5 per cent for horticultural and cotton crops. There is no cap on the premium and 25 per cent of the likely claim will be settled directly in farmers' accounts.