After 30 days of cash shortage, we try to look at how far India has succeeded in flushing out black money from the system. 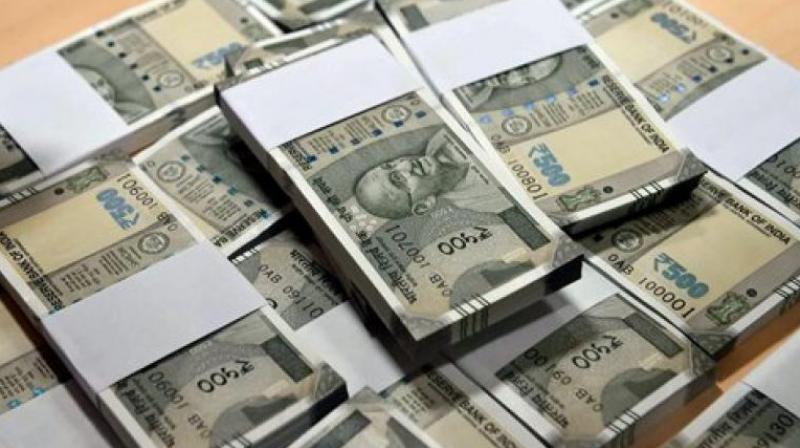 With the hopes of getting a windfall from demonetisation exercise almost fading away, the government may heighten the surveillance of money transfers as it seeks to increase tax collection in a face-saving exercise.

On Wednesday, RBI deputy governor R. Gandhi said nearly Rs 11.5 lakh crore of scrapped notes have come into the banking system. The scrapped notes in circulation as of November 8 were worth about Rs 15.44 lakh crore, a Reuters report said quoting government data.

While a good Rs 3.94 lakh crore is yet come into the banking system and only 23 more days are left, questions will be raised over the implementation of this scheme and its costs, if all Rs 500 and Rs 1000 notes are deposited in banks.

Intangible cost of the demonetisation may be beyond the computational ability of economists. But the tangible costs in the form of loss of business could be difficult to ignore.

The Centre for Monitoring the Indian Economy forecast that the demonetisation would cost Rs 1,28,000 crore for the economy due to the loss of business or sales, cost to households, the expenses for printing fresh currency notes, etc.

This is quite big a figure to be ignored and the government could come under tremendous pressure to show gains from the demonetisation — at least to offset the cost incurred — as the promise of long term benefit may not go down well with the voters.

The government had sold the demonetisation step as a short-term pain for longer term gains that could come from flushing out of black money. Prime Minister Narendra Modi had bet his entire political capital on demonetisation. Given the kind of tough task master he is, analysts feel Mr Modi would not allow the domonetisation exercise go waste without bringing any tangible benefits to the government or the economy.

“The government has already begun raids on different people on the basis of information that it has received from several sources. They expected huge chunk of money to go out of the system. But Indians developed ingenious ways to circumvent the domonetisation drive. Now the government has to show that it means business and get the hidden money back,” said economist Arun Kejriwal.

The modus operandi could be targeting bank officials and those who might have connived with black money hoarders to convert their old notes.

Sources, however, suggest that those who rented out accounts were ready to wait for nearly one year before getting them transferred to its original owners. In this backdrop, the government needs to wage a protracted battle against stash hoarders.

But will the government keep its fight against black money confined to cash or will it go all guns against all avenues of black money despite the initial reversal? This is a trillion dollar question.

Jan Dhan flows decline
The government on Wednesday said that inflows into Jan Dhan accounts have come down significantly after it warned people not to allow their accounts to be misused for converting black money into white. The deposits in Jan Dhan accounts post demonetisation saw a sudden surge but after the Centre's warning against misusing such accounts, there has been a continuous fall in deposits in last couple of weeks. Total amounts deposited during November 8-15 were Rs 20,206 crore, while during November 16-22, people deposited Rs 11,347 crore in such accounts. This further decelerated to Rs 4,867 crore during November 23-30. Total daily deposit in Jan Dhan accounts as Rs 410 crore on December 1 and Rs 389 crore on December 2.

GDP can go down by 2%
Demonetisation may not help in achieving the desired result of ending the menace of black money, industry body Assocham said on Wednesday, noting that it could take some five years to ensure a cashless society. “The idea behind demonetisation is very good, but its implementation is flawed which can push GDP down by 1.5 to 2 per cent,” Assocham secretary general D.S. Rawat said at a press meet. Besides, demonetisation could lead to deflation (negative inflation) where there will be plenty of goods but people will not have enough to buy, he said. Mr Rawat, who released a recent study titled ‘Digital India to Robotic India’, said up to 10 million jobs might be taken over by AI or robots in next five.

Nilekani says go cashless
Infosys co-founder Nandan Nilekani on Wednesday said he is not an economic expert to comment on whether demonetisation had resulted in RBI predicting a drop in growth rate for 2017 fiscal, but stated that the bulk of merchant payments should turn cashless, which could result in getting the country’s economy on right track. “Bulk of India’s transactions are merchant payments and that has to become cashless and that cannot be done in a historical system because the card system is designed for top-end users,” he said at an interaction at the Carneige Global Technology Summit 2016 here.He was speaking on “Road to Cashless Economy: How Government, Regulation, Technology and Markets Come Together”.

Not done in haste
“The decision (on demonetisation) was not and has not been taken in haste but after detailed deliberations... That is why the planning, the process and implementation was what it was, keeping in mind high secrecy had to be maintained. We were conscious of certain difficulties for the public at large and all efforts were made to mitigate them.”
—  Urjit Patel, RBI governor

Note exchange
It required people to go to a bank or a post office for exchange of old notes with the new ones. The government allowed people to use any one of nearly 20 identity cards for this. It created a new opportunity for casual labour. As most people would have at least three or four ID cards and there was no centralized system, they would queue up at different banks or post offices to bail out the black money hoarders.

Banks and big companies
It was said that some ‘enterprising’ bank employees had used ID cards of their branch or some other branch to convert old notes. Since most of these documents, except PAN Card and Passport, do not have signature, bank employees managed to convert the cash easily and happily. Similarly big companies had reportedly used their employees’ data for this purpose. Commission charged for this is believed to be in the range of 20 to 30 per cent.

Data business
People like mobile connection retailers who had access to people’s KYC documents (submitted for new connection) have sold them for a price.

Gold
Gold was bought in past date transactions. Some people were keen to buy gold from second hand market from people as new gold market has come under excessive investigative focus.

Loan purchase
Some people repaid the loans of their friends or relatives, with a promise that the money needs to repay in new notes over a year or two later.