The pain from demonetisation is also being felt in Nepal, where thousands of migrant workers still have old currency notes. 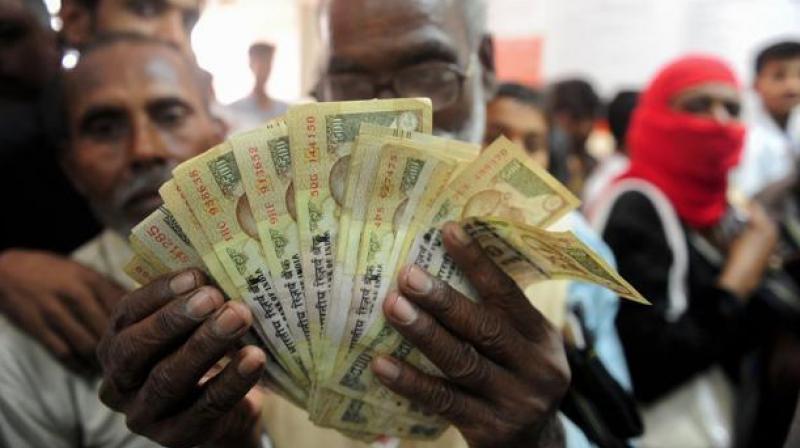 Prime Minister Narendra Modi withdrew Rs 500 ($7.5) and Rs 1,000 ($15) notes from circulation on November 8 last year in a bid to flush out cash hidden from the tax man and push the country toward digital transactions.

Modi got broad support for the move and his party scored a landslide win in a crucial election that followed. But an economic slowdown and job losses that resulted have given the opposition ammunition to attack his administration.

In recent days, government ministers have come out in full force calling demonetisation a success, celebrating the anniversary as “anti-black money day”.

Finance Minister Arun Jaitley said on Facebook that India’s dependence on cash had fallen by nearly Rs 3.89 trillion. Cash to GDP ratio is now near 9 per cent of gross domestic product, compared with nearly 12 per cent before demonetisation.

About 5.6 million new taxpayers had been added to the tax net, the finance ministry said. And Reserve Bank of India data shows transaction volumes through mobile wallets, such as PayTM and MobiKwik, jumped after demonetization to a high of 320.87 million in April, from 99.57 million in October.

But the move is widely blamed for contributing to a broad slowdown of the economy, which has hit its lowest level in three years.

The Centre for Monitoring Indian Economy, a Mumbai based think tank, estimated that about 1.5 million jobs were lost in the first four months of 2017 due to demonetisation.

“It has ruined the lives of millions of hard-working Indians,” Congress Vice President Rahul Gandhi said in a message on Twitter.

The pain from demonetization is also being felt in neighbouring Nepal, where thousands of migrant workers still have old currency notes that they could not exchange before the window to do so closed.

“This will gradually lead to the erosion of trust of the Nepali people in Indian rupees,” Shivakoti told Reuters. “Indian silence over the exchange of old notes is an injustice to Nepali people.”