India conducts anti-dumping probes on of applications filed by domestic industry with prima facie evidence of dumping of goods. 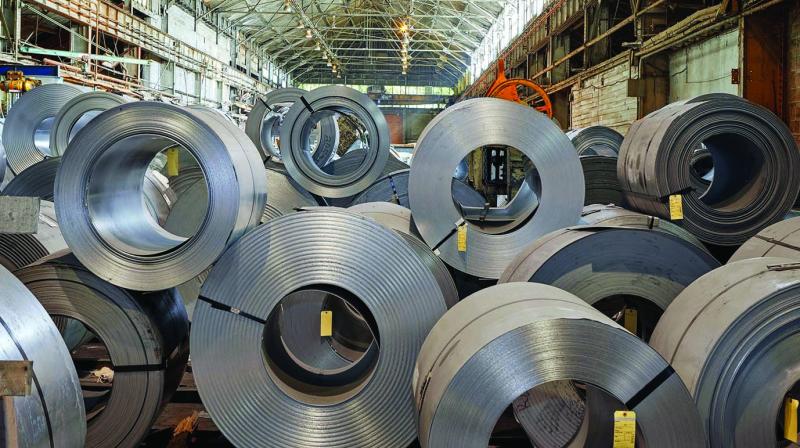 New Delhi: India has initiated a probe into alleged dumping of flat rolled products of stainless steel from 15 countries including China, the US and Japan following complaints by domestic players.

Commerce ministry's investigation arm DGTR has begun the investigation after finding evidence of dumping of the products from China, Korea, the European Union, Japan, Taiwan, Indonesia, the US, Thailand, South Africa, the UAE, Hong Kong, Singapore, Mexico, Vietnam and Malaysia.

"The authority accordingly initiates an investigation into the alleged dumping, and consequent injury to the domestic industry," the Directorate General of Trade Remedies (DGTR) said in a notification.

In the probe, DGTR will determine the existence, degree and effect of alleged dumping and recommend the amount of anti-dumping duty, which if levied, would be adequate to remove the injury to the domestic industry, it added.

They have requested for imposition of anti-dumping duties on the imports.

Year 2018-19 is taken as the period of investigation. However, for the purpose of probing into the injury caused to domestic players, data of 2015-18 will also be looked into.

DGTR carries out probe into alleged dumping of goods from other countries.

If it is established in the probe that dumping has caused material injury to domestic players, the directorate recommends anti-dumping duties to guard the interest of industry.

India conducts anti-dumping investigation on the basis of applications filed by domestic industry with prima facie evidence of dumping of goods in the country.

The probe is a quasi-judicial process and is allowed under the World Trade Organisation (WTO) rules. India is a member of WTO which frames laws for global exports and imports.

During April 2018 to March 2019, DGTR initiated 24 anti-dumping (both fresh and review) investigations, and issued final findings in 50 such cases.

Anti-dumping duties are levied to provide a level playing field to local industry by guarding against cheap below-cost imports.

All the 15 countries are members of WTO.