Until now, all the government debt has been rupee funded with interest rates of 6-6.25 per cent. 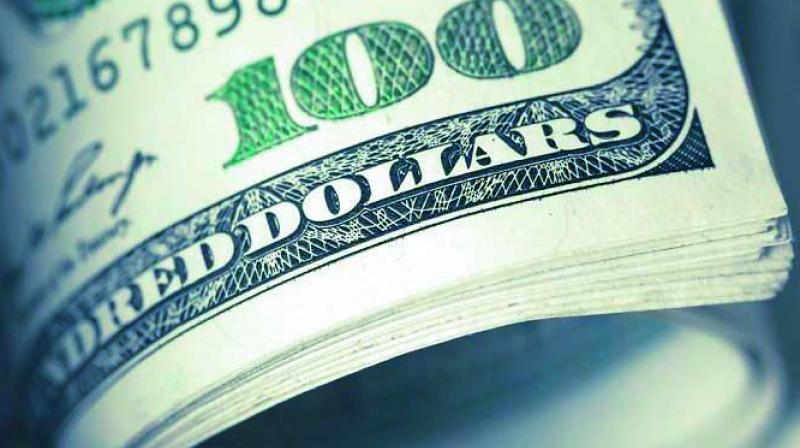 Now, for the first time, the government is noting the very, very soft interest rates in overseas markets. So, why would we not do that (borrow from overseas), said Dinesh Kanabar, Chief Executive of the Mumbai-based Dhruva Advisors LLP. (Photo: Representational)

Singapore: The Indian government is expected to raise debt from interest-soft international markets, moving out of the high-interest rate domestic market.

"Now, for the first time, the government is noting the very, very soft interest rates in overseas markets. So, why would we not do that (borrow from overseas)," Dinesh Kanabar, Chief Executive of the Mumbai-based Dhruva Advisors LLP, said on Tuesday.

Until now, all the government debt has been rupee funded with interest rates of 6-6.25 per cent, he pointed out at a seminar on the Indian Budget 2019-20.

He noted that the government's confidence in borrowing from overseas will be supported by stable exchange rate and increasing exports.

Kanabar said some international markets offer interest rates as low as one per cent, which could reduce the government's interest cost significantly.

Kanabar also noted a change in Indian-origin fund managers' decisions to relocate to India to support the massive investment requirements in the country.

The government had wished to bring back talented fund managers, mostly of Indian origin, saying it would not be taxing their overseas funds.

But the latest budget has created a setback with proposal to raise tax to 42.7 per cent on earnings of over Rs 5 crore from previous 35 per cent.

"Fund managers overseas, who were actively considering relocating to India, are now reconsidering their move. This is because India has raised income tax on their earnings of over Rs 5 crore and above from 35 per cent to 42.7 per cent. This is significantly higher than what the fund managers are paying in places likes Singapore," Kanabar said at a seminar on India Budget 2019-20.

In Singapore, the fund managers are taxed at 17 per cent.

Among other developments in the Budget, he noted that Finance Minister Nirmala Sitharaman has proposed to set up mega manufacturing zones which would fit into American companies' plans to relocate their bases out of China in the face of US-China trade war.

"This scheme in on the anvil and is absolutely welcomed," said Kanabar, noting that the American manufacturers preferred India for relocating out of China.

Kanabar also highlighted the potential of International Financial Centre (IFC) in Mumbai, pointing to the work being carried out by a committee appointed by Maharashtra Chief Minister Devendra Fadnavis.

"The government is considering, and we hope it (decision) would be soon," said Kanabar, likening the IFC to Gujarat International Finance Tec-City (GIFT CITY) where 10-year tax rate is zero.

The Mumbai IFC is expected to come up as soon as GIFT City is in full operations, especially with zero tax rate for 10 years for companies.