Finance minister said incentives are being worked out so as to cut imports of combat planes, ships and submarines. 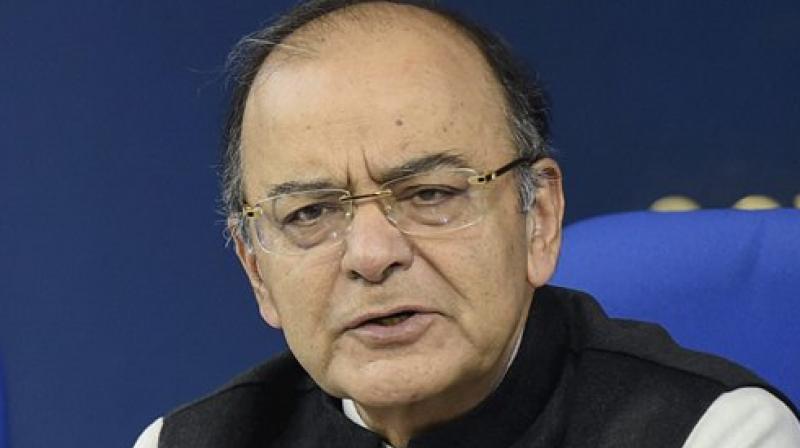 Tokyo: Defence Minister Arun Jaitley has hinted that incentives are being worked out to encourage domestic manufacturing in the defence sector so as to cut imports of combat planes, ships and submarines.

In an interview to PTI, he said the government is working on a policy that will incentivise companies to set up manufacturing bases in India. "We have so far liberalised our rules as far as investment is concerned... our companies, both defence PSUs and private sector companies have already started entering into arrangements with international majors with the object of establishment of manufacturing units in India," he said.

But with government being the only buyer, manufacturing units generally will be set up only after orders are secured. "Now, in the context of defence, government is the only buyer and therefore, people will establish units only if there is a likelihood of they getting business and therefore, our policies have to be tuned to this reality," he said.

Asked if the policy under consideration would lead to any change in the offset policy, he said there will be no change. Under defence offset, a foreign supplier of equipment has to manufacture a given percent of his product (in terms of value) in the buying country. This may also be through technology transfer.

"Our policies have to be tuned so that we are able to incentivise people that it is worthwhile to setup manufacturing bases in India," he said. He did not elaborate on the policy in works or whether it will include tax incentives and state support.

Jaitley said the response to Make in India in defence has been encouraging. India is the world's largest arms importer, spending some 1.8 per cent of its GDP on defence. It imports about 70 per cent of defence equipment, a proposition which the government wants to change.

With its growing global clout, India -- which has topped the Stockholm International Peace Research Institute's list of largest defence importers for the last seven years -- is looking at self-reliance in aerospace and defence industry.

The government has pledged to spend USD 250 billion by 2025 on weapons and military equipment. Jaitley had last month in US stated that the policy will help major global defence companies set up manufacturing units in the country in collaboration with Indian firms.

"Under our changed policy, we are in the future going to concentrate not merely in buying from the rest of the world, but encouraging global defence majors in collaboration with Indian companies to set up manufacturing units in India," he had stated.