Gross-nonperforming assets in the affordable housing segment have inched up to 1.8 per cent as of Sept 2017. 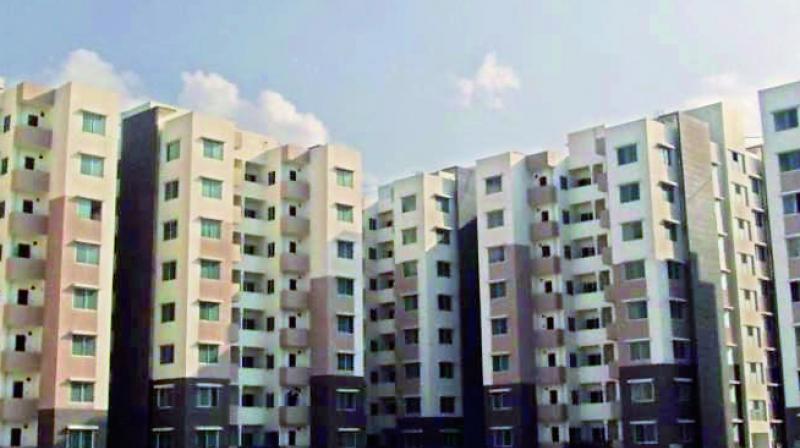 Housing loans continue to be seen as the best performing retail loan asset class in the country.

Mumbai: Even as a lot of thrust is being given to the affordable housing segment, a report has flagged concerns about the growing delinquencies in this segment, which are expected to continue in 2018.

Competitive pressures and larger exposure to the self-employed are the prime reasons for the build-up of stress in the segment, a joint report by Moody's and its domestic affiliate Icra said on Monday.

"While asset quality is expected to remain stable in the traditional housing segment, delinquencies could further build up in the affordable segment in the calendar year of 2018," Icra's structured finances head Vibhor Mittal said.

In a note on asset backed securities (ABS) co-written with its parent Moody's, the report said gross-nonperforming assets in the affordable housing segment have inched up to 1.8 per cent as of September 2017.

Going into the reasons for the higher stress in the low ticket size loans, Mittal said, "this would be driven by factors like intensifying competition-- resulting in some easing in lending standards -- and a higher share of lending to the self-employed segment."

It can be noted that the Modi government is targeting to ensure that there is a house for all by 2022 and has provided a lot of incentives for the affordable housing segment, including making it as a priority sector lending for banks and huge interest subvention and direct cash subsidy.

However, housing loans continue to be seen as the best performing retail loan asset class in the country, demonstrating low and stable delinquencies over the years, in 2018, it said.

This is possible because of the underlying collateral, which is self-occupied residential property, absence of steep correction in property prices and moderate loan to value ratios, the report said.

Moody's said the impact of demonetisation and the implementation of the goods and services tax (GST) will lead to higher delinquencies in ABS for loans against property (LAP) to small and medium enterprises.

"Introduction of a GST in July 2017 and demonetization have placed stress on the SME sector," Icra's assistant vice- president Dipanshu Rustagi said. The report also said auto ABS-backed by commercial vehicles loans will remain stable on the back of healthy domestic economic growth.

Icra said the microlending segment is on a "road to resurgence" after the note-ban setback with an increase in repayment rates to 94 per cent in September from the low of 87 per cent seen during December 2016 during the peak of the note-ban move.