Zinc- The Zing of India’s 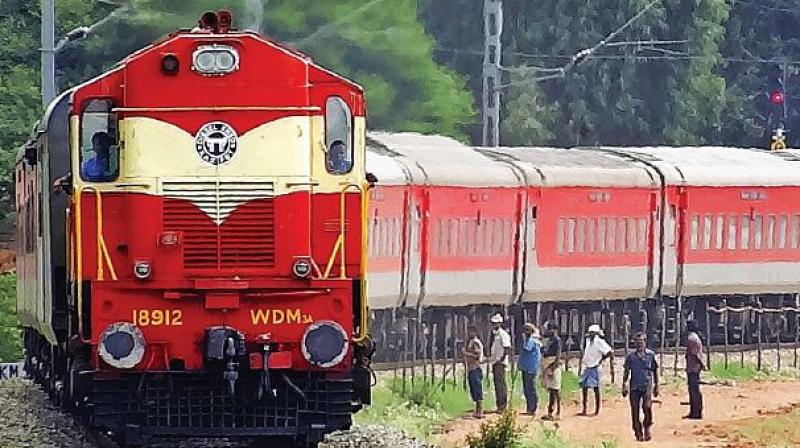 India's rail tracks, spanning over 1,25,000 km, happen to be the world's third largest.

India`s potential is hidden under corrosion and Zinc can play an important role in sectors like railways, automobiles, energy network and coastal infrastructure, impacting GDP’s growth – as billions spent on replacement and maintenance due to corrosion.

Who can forget the year 2013 when humanity saw one of the worst natural disasters in the history of India. Due to cloudbursts in the state of Uttarakhand, the flash floods in river Ganga and landslides washed away thousands of lives. The Kedarnath bridge at Sonprayag also washed out due to heavy floods. Subsequently, a Bailey Bridge (a portable, prefabricated, truss bridge) was built by the Border Roads Organisation, limiting the traffic to one way and a maximum load of 12 tonnes at the most. But June 2015 saw more floods and this bridge was also washed away.

Since the Temple is 3500 feet above sea level and is situated in challenging topography, the construction of a stronger flawless bridge required more than 3 years to build. Further, since the bridge was to be built in such difficult conditions, it would have been impossible to regularly protect or maintain.

It was decided finally that the new bridge has to be made of galvanized steel to ensure that it does not collapse. The galvanized bridge was shipped in containers from the US, completed and became operational in an incredible 45 days. In the new bridge, all the panel chords, diagonals, verticals, raker, reinforcing chords along with all the structural beam members and flooring were hot dip galvanized.

Zinc is the 4th most widely consumed metal in the world after iron, aluminium, and copper. Almost 50% of the zinc mined across the world is used for galvanizing, 17% for Zinc Alloying, 17% for brass and bronze making, 6%in Zinc Semi-Manufactures, 6% in chemicals and 4% for other miscellaneous purposes.

Markets like infrastructure, cosmetics, medicines, paints, rubber, surgical tools, plastics, textiles, soaps and batteries have only expanded with utilization of Zinc. But it is also true that India’s GDP is being impacted considerably each year due to losses occurring due to corrosion.

Railways Sector
Corrosion of Rails and Fish Plates- one of the root causes of accidents
Galvanising of railway tracks would not only be a significant initiative towards safety of trains but would also give more life to the railway tracks.

India's rail tracks, spanning over 125,000 km, happen to be the world's third largest. The annual loss due to pre-replacement of corroded rails is about Rs 440 crore. Many accidents have been attributed to fish-plates. A story in leading national daily while reporting on the rail accident of Indore-Patna Express, also attributed one of the causes of accident as corrosion of fish-plates. Not just the Fish-plates, even the bolts need protection, protection from corrosion.

Experts have estimated losses of almost 4%of GDP per year on account of corrosion which may be avoided if the railway tracks are galvanized.

One of the significant aspects of railway track maintenance is the detection of corrosion and the replacement of corroded rails.

Corrosion reduces the life of rails to nearly half its expected life. The rails have a life of 800 gross million tonnes which works to approximately 12-13 years under normal traffic conditions in India. The shorter life of rails resulting from absence of galvanising increases track maintenance workload. Corrosion increases the pace of rails replacement and interferes with normal railway movement causing inconvenience to passengers and freight movers and revenue losses to the Railways.

According to a site inspection carried out by the Commissioner of Railway Safety (eastern circle) Mr. P K Acharya, rusted rails could have caused derailment near Kanpur that left 146 people dead and over 200 injured. The inspection also indicated that nearly 10-km stretch of the track was found to be badly corroded.

The International Zinc Association also advocates that Indian Railways require corrosion-free tracks in case India is considering Bullet Trains. The entire change would not only be cost effective but India would also be the first country to initiate such step towards passengers’ safety globally.

Automobiles Sector
Europe, North America, Korea and Japan provide anti-corrosion and perforation warranties for 10 years to buyers
Automobile sector is one of the major sectors that are set to change in India. Globally there has been a discrepancy in using galvanized car bodies.

The car companies are not presently using galvanized steel for the domestic market because unlike other countries, Indian consumers are not demanding it since they are not aware about the long term benefits of galvanized vehicles.

Car makers in Europe, North America, Korea and Japan have been using galvanized steel for car body panels for decades and provide anticorrosion and perforation warranties for a minimum of 10 years. But there is no such protection for most cars made for the Indian consumers. Here, in India, the customers are advised to pay for extra coatings to protect the body of the car after purchase. More than 60% of the cars in India have surface-rust which reduces steel strength and the life of the car, leading to safety hazard.

Steel has been used to make automobiles since the early 1900s but corrosion resistance features became standard in vehicles beginning in the early 1980s when Japanese cars gained entrance to the U.S. market.

North American-made vehicles were having “real rust problems” that couldn’t be fought merely with heavier and more expensive paint. By the mid-1980s, the manufacturers were needed to galvanize the whole car if they wanted to issue warranties. By 1987, what became standard was a 10-year perforation and five-year cosmetic warranty from all the North American, European and Japanese automakers for vehicles sold in the North American market.

Globally galvanized steel car bodies have been shown to experience minimal corrosion attack which protects the structural integrity and safety of the vehicle, improves the resale value, provides consumer protection due to anticipated warranty improvements by the car companies, lowers maintenance costs of underbody and structural components due to the use of zinc coated steel, and saves consumers the costs of aftermarket anti-corrosion treatments and annual inspections.

Energy sector
Zinc prevents the electricity distribution network from corrosion
Since the advent of high voltage lines, hot-dip galvanized steel has been used in the electric utility market.

Whether in a generation facility, substation, lattice tower, or renewable energy components, galvanized steel has been a backbone of any global economy.

According to a study by the American Iron and Steel Institute, close to 1 million steel distribution poles have been installed in the United States since 1998 and are being used by more than 600 U.S. electric utilities. India might be having more poles but how many are galvanised is still to be assessed.

When India is looking ahead providing electricity in every village and progressively moving towards Smart Cities Project, Digital India and Make in India, the very basis of infrastructure, the power transmission, needs to be protected for many years.

Coastal infrastructure
Use of galvanized rebars in construction near coastal areas
Corrosion is one of the major reasons for deterioration of concrete structures particularly built near the coastal areas. The corrosive effect of salt-laden, wind-driven moisture in coastal areas cannot be overstated.

Coastal salts coupled with humidity can corrode exposed metal surfaces and penetrate any opening in the building. It causes severe damage to the building structure and envelope (i.e. exterior doors, windows, skylights, exterior wall coverings, soffits, roof systems, and attic vents). The coastal infrastructure within a range of 5 kilometres is more prone to corrosions and becomes progressively worse closer to the marine source.

The fundamental says, once the steel starts corroding, the volume of the steel increases, leading to cracks in the structure, which could later become reasons for collapse.

When reinforcement corrodes, the corroded products generally occupy considerably more volume than the steel. The magnitude of this increase in volume varies approximately 7 times the volume of the original material. As a result, the corroded products produce an internal stress that destroys the neighbouring concrete under tensile stress.

According to a study by the American Institute of Architects, it is essential to use hot dip galvanized steel, to make such coastal infrastructure decay resistant. Thus the remedy is to use galvanized steel that provides the much needed strength to the rebars.

Zinc is themetal that is the backbone of several global economies fighting to erode the continuous losses occurring due to corrosion of infrastructure. Western countries, which are far ahead of India in terms of infrastructure, mandate the use of galvanizing for the steel structures used for bridges, highways, airports, metro stations, railway stations, transmission etc.

If these four sectors mandate to address the issue of corrosion and related safety, it would lead to not just efficiency and savings worth millions of dollars for the Indian economy, but also build a long-lasting infrastructure.