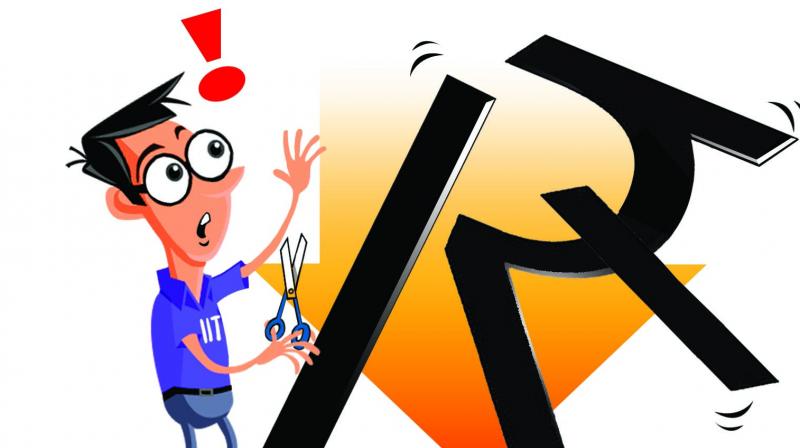 Rupee has depreciated around 13% in the calend er year accompanied by rising crude oil prices.

Mumbai: The steep depreciation in the rupee against the dollar is expected to cost India an additional Rs 1 lakh crore. According to an analysis done by State Bank of India (SBI), the additional cost likely to be incurred on short term external debt itself would come to around Rs 67,900 crore while import bill on oil could cost an extra Rs 35,300 crore.

India’s short-term debt obligations as on December 2017 were to the tune of $217.6 billion. “Assuming half of this amount has either been paid in first half of 2018 or is rolled over to 2019, the remaining repayment amount in rupee terms would be Rs 7.1 trillion at average 2017 exchange rate of 65.1 a dollar. For second half assuming that rupee depreciates to an average value of 71.4 a dollar, the debt repayment amount would be Rs 7.8 trillion, thereby implying an extra cost of Rs 67,000 crore,” SBI’s chief economic adivser Soumya Kanti Ghosh said in a research note.

Next is the impact of oil import bill. Taking into consideration the average of past five years, the volume of crude oil imports is expected to increase by 3.6 per cent in 2018.

With yields crossing 8 per cent, there will be increased fiscal costs on the part of the government every year. SBI estimates such cost to be atleast Rs 6,000–Rs 7,000 crore. A further deterioration in the value of local currency against the dollar is likely to pressurise the Reserve Bank of India (RBI) to hike interest rates.

This according to SBI will have a negative impact on consumption expenditure as well as investment expenditure.