Both leaders expressed their commitment to further develop the special strategic partnership between India and South Korea. 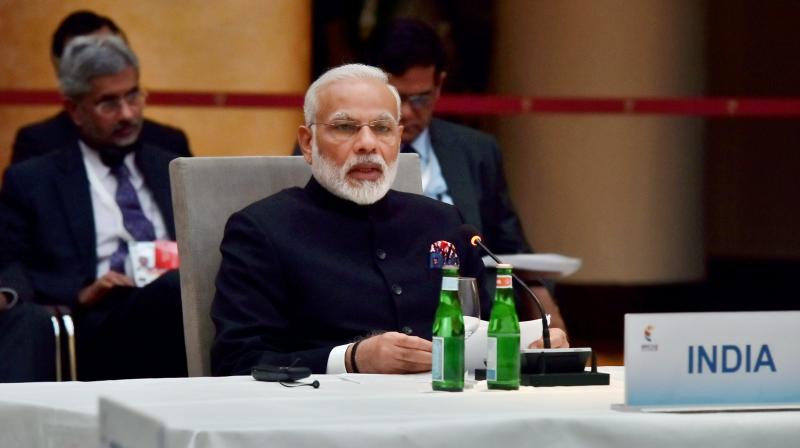 Modi congratulated in person Moon on his victory in presidential elections while the South Korean President recalled the prime minister's congratulatory phone call and tweet in Korean language, saying it was warmly received by the people of South Korea.

Both leaders expressed their commitment to further develop the special strategic partnership between India and South Korea, particularly through participation in programmes such as Make in India, Digital India and Start up India, the Ministry or External Affairs said.

The prime minister invited President Moon to visit India at an early date. The invitation was accepted, the MEA said.

Prime Minister Modi invited Italy's participation in World Food India - the food processing exhibition to be held in India in November this year.

The two leaders stressed on the significance of promoting interaction between medium enterprises of the two countries for strengthening bilateral economic cooperation. The prime minister of Italy appreciated Indian investments in his country, including in the industrial sector.

The two also discussed ways and means to work together for providing sustainable solutions to prevent climate change and promote development in Africa.

The prime minister of Norway invited India to participate in the Oceans' Conference on the sidelines of the UN General Assembly (UNGA). In a gesture symbolising cooperation for attainment of Sustainable Development Goals (SDGs), Prime Minister Solberg presented to Prime Minister Modi, at the end of the meeting, a football with SDGs inscribed on it.