Export-dependent Japan's economy had contracted at an annual rate of 7.2% in the October-December period 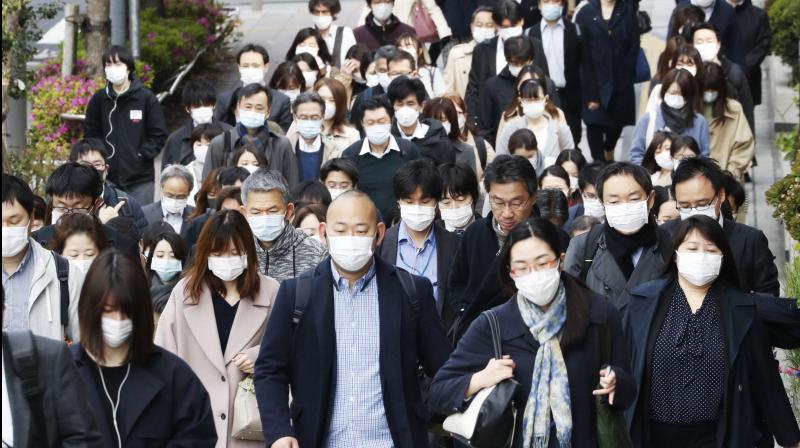 Tokyo: Japan's economy is still in recession but contracted at a smaller rate than initially estimated for the first quarter, according to government data released Monday.

The difference was largely because private sector demand had not dropped as much as previously estimated.

The Cabinet Office said the economy shrank at an annual rate of 2.2% in January-March, better than the 3.4% contraction given earlier.

The annual rate is the projected number if the same level of growth or contraction in that quarter lasted for a whole year. The on-quarter drop was 0.6% for the real gross domestic product, or GDP, the total value of a nation's goods and services.

Uncertainty remains, and the numbers may remain dismal for the April-June period.

Yoshimasa Maruyama, chief market economist for SMBC Nikko Securities, said the upward revision in the latest quarter GDP was not surprising, and, given the reopening of economies worldwide from shutdowns over the outbreak, a recovery was likely, helped by pent-up demand.

The Japanese economy will rebound very quickly, but after that, it will again falter and stall, he said, as other problems won't disappear even if the fallout from COVID-19 can be brought under control.

Japan's economy was already stagnant in recent years, a plight that worsened over trade conflict between the U.S. and China, its most important trading partners. The coronavirus pandemic hit on top of all that.

Export-dependent Japan's economy had contracted at an annual rate of 7.2% in the October-December period, according to the latest estimates.

Growth was flat in the quarter before that through September.

The government of Prime Minister Shinzo Abe has resorted to public spending, including recent measures to curb the fallout from the pandemic, to help businesses and consumer spending.

Japan's unemployment rate has been rising slightly and was at 2.6% in April. But joblessness has not shot up here, as it has in the U.S. or other nations where layoffs are more common. Japan also has long had a labor shortage problem.