Note ban: People still ask 'Is there cash in ATM?'

Big banks deny there was shortage of cash in country but accept ATMs run dry during long weekends, holidays. 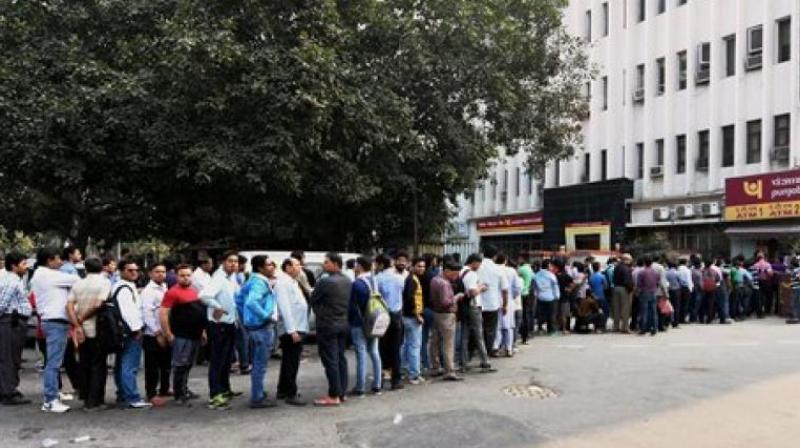 People stayed in long queues for hours after note ban.

Mumbai: The most popular question that a bank customer asks these days is, "Is there cash in ATM?". It seems Prime Minister Narendra Modi's push for a cashless and digital India has taken a hit as cash is back with vengeance as the most sought after mode of transaction.

A report in the Hindustan Times says majority of big banks deny that there was shortage of cash in country but at the same time accept the fact that ATMs were running dry especially during long weekends that collide with holidays.

As part of a massive crackdown on black money and counterfeiting on a large scale of Indian currency notes, the government sucked out over 86 per cent of currency in circulation overnight giving no time to black money hoarders to dispose off their holdings.

The 50-day long drive saw withdrawal of Rs 1,000 and Rs 500 currency notes from banking system that caused hardship to common man who ended up with less or almost no cash in their hand.

“We have received complaints of ATMs going dry from several places. The fact is that only 60 per cent of the currency in circulation has been replenished," HT quoted N S G Rao, secretary of the Cash Logistics Association as saying.

Rao adds that it substantiates the claim that there was still not enough cash in ATMs and his association was working hard for ensuring the same. "The amount of money given by banks varies," he added.