Will be out of Nirav Modi mess in 6 months: PNB MD Sunil Mehta

The bank has launched 'Mission Parivartan' to realign all business processes to meet present day requirements. 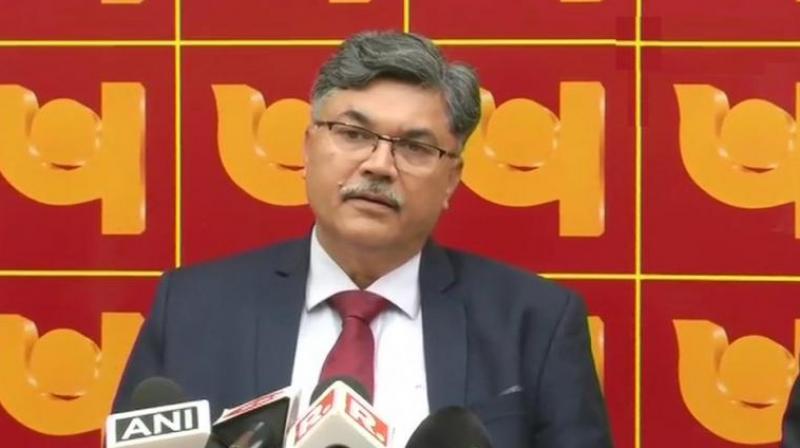 New Delhi: The worst is over for PNB and it will come out of the mess created by the Nirav Modi fraud case in six months, the state-run lender's Managing Director Sunil Mehta said on Sunday.

Punjab National Bank (PNB) was hit by country's biggest ever banking fraud of more than Rs 13,000 crore perpetrated by billionaire diamantaire Nirav Modi and his associates in connivance with some officials of a branch of the bank in Mumbai.

The bank has received tremendous support from the government, other stakeholders and employees to come out of the situation, Mehta told PTI in an interview.

"So worst is behind us. Everything now seems to be under control as surgery is over, now we are in recovery phase. We are anticipating that we will be able to come out of this entire problem and pain in the next 6 months," he said.

Emphasising the long legacy and strength of the bank, Mehta said, "it is a 123-year old institution which was founded during Swadeshi movement by Lala Lajpat Rai. This institution has 7,000 branches spread through length and breadth of the country with business of more than Rs 10 lakh crore in the domestic market. So fraud of this nature could not shake confidence of our customers during this period."

Even during trying times, the bank's business has grown better than the industry, he said, adding that credit has witnessed a growth rate of about 10 per cent, in line with the guidance that was shared with investors. With regard to deposits, the bank has recorded a growth of 6.2 per cent, he said.

"So, we have grown in line with industry and even during difficult days it was business as usual. With all this negativity which was created in the environment, the customers' confidence was not lost and the credit goes to 70,000 employees who stood with me in difficult time.

"They have gone the extra mile, they have done extra hard work to see that every customer is attended to properly. Now, we are in the bounce back mode," he said.

"It is now clear that it was a standalone incident in one of our 7,000 branches because of connivance with some of the staff of the branch. We have learned lessons from it. Whenever a problem comes, it gives an opportunity to strengthen our existing systems and processes. We have improved every system and process with more emphasis on offline monitoring," he said.

Citing an example, Mehta said the bank is going to reform the credit processes by dividing it into four verticals -- sourcing, processing, monitoring and recovery.

All these will be a separate compartment so that the risk is mitigated. Besides, he said, the bank has launched 'Mission Parivartan' to realign all business processes to meet present day requirements.

"We decided to deploy technology. We had strengthened our back office for foreign exchange dealings, now we are going to expand it to cover 100 per cent activities in forex-related areas. We started with integrating SWIFT with the core banking solution and we will be able to complete the process before April 30," he said.

On internal audit, he said besides physical audit, there will be offline monitoring too for which the bank is creating a separate cell which will do offsite monitoring of all exceptional transaction reports.