Govt will meet fiscal deficit target of 3.4 per cent in FY'19:Garg

As per interim Budget 2019-20, the government has pegged fiscal deficit target of 3.4 pc for current fiscal year ending March 31. 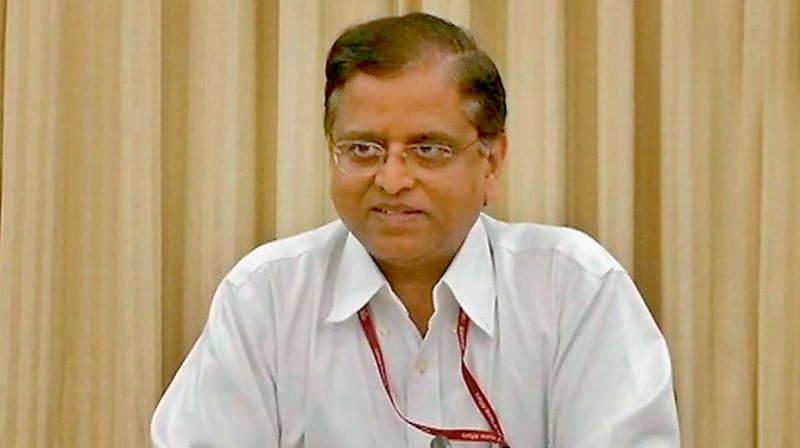 New Delhi: Economic Affairs Secretary Subhash Chandra Garg on Friday exuded confidence that fiscal deficit target of 3.4 per cent for 2018-19 would be met as shortfall in indirect tax collection would be compensated by lower expenditure.

"I am very confident (of meeting fiscal deficit target of 3.4 per cent for 2018-19)," Garg said on the sidelines of IVCA conference here.

As per the interim Budget 2019-20, the government has pegged fiscal deficit target of 3.4 per cent for the current fiscal year ending March 31. "Our assessment at this stage is, in direct taxes, we will probably do as per the revised estimate, indirect taxes, there might be some shortfall, and on the expenditure side there might be some savings. On the whole, we should be where we are," he said.

On the indirect tax front, customs collection in the current fiscal is pegged at Rs 1.30 lakh crore (RE). Fiscal deficit touched 121.5 per cent of the full-year revised target of Rs 6.34 lakh crore at the end of January on account of lower revenue collection, according to recent data released by the Controller General of Accounts (CGA).

Economic Affairs Secretary Subhash Chandra Garg was on Friday designated as the Finance Secretary, according to a Personnel Ministry order.

The Appointments Committee of the Cabinet headed by Prime Minister Narendra Modi has approved designating Garg as the Finance Secretary, it said. 58-year-old Garg, a 1983 batch IAS officer of Rajasthan cadre, has been working as the Secretary in Department of Economic Affairs since June 2017. Former Finance Secretary Ajay Narayan Jha superannuated on February 28. Jha has taken over as Member, 15th Finance Commission.