The government proposed a revenue deficit estimated at around Rs 14,300 crore. 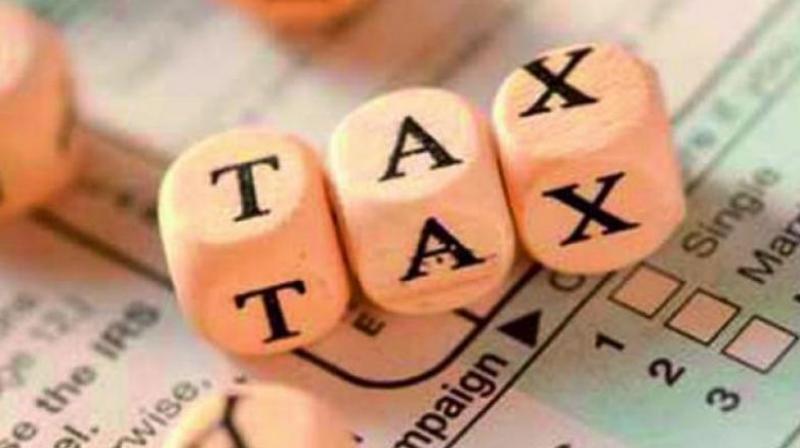 Chennai: The Tamil Nadu government on Friday proposed no new taxes in the state budget for the financial year 2019-20 and an assurance that the revenue deficit will come down in the coming years.

In the budget presented by Deputy Chief Minister O Panneerselvam, who holds the Finance portfolio, the government proposed a revenue deficit estimated at around Rs 14,300 crore.

Despite the 'adverse' impact of 'reduced' inter-se share in devolution due to 14th Finance Commission recommendations, the state could implement the Ujjawal Discom Assurance Yojana (UDAY) scheme and pay revision, he said.

The growth in State's Own Tax Revenue (SOTR) in 2017-18 was 9.07 per cent and this was expected to exceed 14 per cent during the current fiscal.

"With higher SOTR growth, coupled with the phasing out of the impact of UDAY and pay revision, the state expects to bring down the revenue deficit in the coming years," Panneerselvam said.

The government also announced a number of initiatives in various sectors including implementing a Rs 2,000 crore comprehensive parking management project in Chennai city.

The government will take up construction of one lakh concrete houses to replace huts damaged in the Gaja cyclone in November last year, at an estimated Rs 1,700 crore with a central share of Rs 720 crore.

For the farm sector, the government said it will during 2019-20, notify more crops and expand the coverage under crop insurance.

"Further, cloud burst and natural fire will also be included in localised calamities in addition to hailstorm, landslide and inundation," among others, Panneerselvam said.

On the ambitious Athikadavu-Avinashi water scheme, he said the government will commence it "soon," adding, a sum of Rs 1,000 crore has been provided in the next year's Budget estimates for the purpose.

A comprehensive solid waste management project and a housing scheme for urban poor to construct 38,000 tenements for Chennai were also proposed by Panneerselvam.

On the energy front, the state-run TANGEDCO will be establishing floating solar power projects in Theni, Salem and Erdoe with a capacity of 250 MW at an estimated Rs 1,125 crore, he said.

Touching upon the Chennai Metro Rail, he said Phase-I of the project covering two corridors running to 45 km will be fully commissioned by this month while its extension was expected to be on stream next June.

Feasibility study was being taken up for the extension of Metro rail line from Meenambakkam Airport to Kilambakkam metro bus terminus in the southern suburbs, he added.

In the tourism sector, the government will launch a 'massive' promotion project by identifying specific circuits for western, Asian and domestic tourists with quality amenities and infrastructure.

Tourism-centric infrastructure like logistics and hotels will be upgraded under the Private-Public-Partnership mode, Panneerselvam informed.

Talking about liquor sales, Panneerselvam mentioned that the number of retail Indian Made Foreign Liquor (IFML) shops run by Tamil Nadu Marketing State Marketing Corporation (TASMAC) has been reduced from 7,896 to 5,198.

It may be recalled that closure of liquor shops in a phased manner was the AIADMK's poll promise in the 2016 Assembly elections.

Incidentally, sale of liquor through such state-run outlets is a huge revenue grosser for the government.

The government will procure 2,000 new electric buses, besides 12,000 new BS-VI vehicles, at an outlay of Rs 5,890 crore with KfW loan assistance, he said.

The government will introduce 2,000 BS-VI buses in the state, besides rolling out 500 electric vehicles in Chennai, Coimbatore and Madurai, in the first phase.