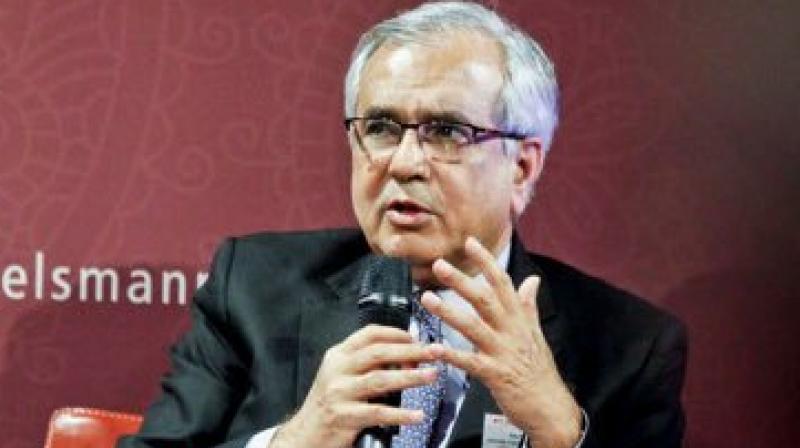 New Delhi: The Federation of Indian Chambers of Commerce and Industry (FICCI) on Sunday, while welcoming the new Vice Chairman of NITI Aayog Dr. Rajiv Kumar, said the chamber has now become increasingly crucial, owing to the emphasis of the current government on cooperative federalism.

"NITI Aayog has increasingly gained in importance given the focus the current government has placed on the subject of cooperative federalism. FICCI welcomes the appointment of Dr. Rajiv Kumar as the new Vice Chairman of the organisation," the chamber said.

Lauding the Centre for its immediacy in recruiting a new Vice Chairman following the resignation of Arvind Panagariya, the FICCI said it will help the think tank in maintaining its momentum of work.

"NITI is working in an array of areas that promote cross-learning and sharing of experiences amongst states for enhancing growth and development. This decision of the government will help NITI maintain continuity in its policy advocacy work," it noted.

A DPhil holder in Economics from Oxford University and a PhD holder from Lucknow University, Dr Kumar is currently a senior fellow at the Center for Policy Research (CPR), a non-governmental think thank on public policy.

Dr Kumar will be succeeding Panagariya, who resigned from his post as vice chairman on August 1, with August 31 being his last day.

The Indian American economist is reportedly returning to the United States to resume his academics.

Prime Minister Narendra Modi had appointed Panagariya as the first vice-chairman of NITI Aayog on January 5, 2015.