GST unlikely to give 2 per cent boost

Mr Sinha said that the GST Council should now move towards three rates in an effort to ultimately have only one tax rate. 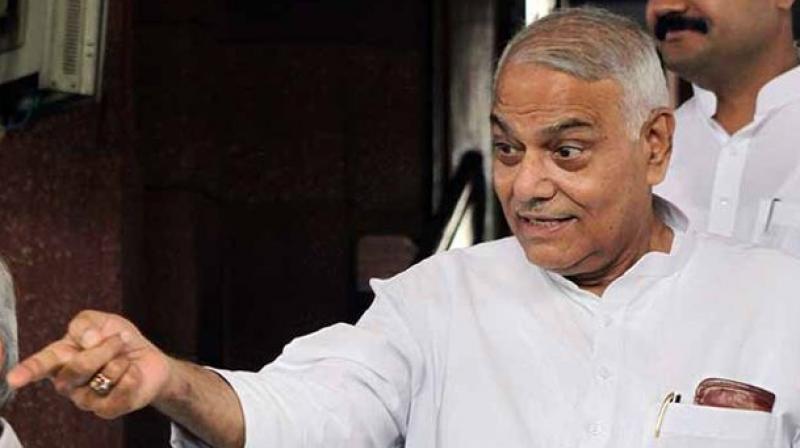 New Delhi: Former union finance minister and senior BJP leader Yashwant Sinha criticised the multi-tax rate GST structure and said that it was unlikely to give 2 per cent boost to the GDP as was predicted.

“There was a study by National Council of Applied Economic Research (NCAER)  which said GST would add to economic growth by two percentage points. But which GST? Single rate GST and not a multiple-rate GST. Not this kind of GST,” Mr Sinha told this newspaper in an interview.

He said that the current GST is flawed and could have been a better GST. Mr Sinha pointed out that multiplicity of tax rates bring its own evils.

“What are the evils? One lobbying. Somebody who is at 5 per cent will try to go to three per cent (tax rate). Tremendous lobbying takes place and then there are classification problems. This product is what and fits into which category and it leads to litigation. Finally (multiplicity of taxes) leads to discretion,” he said.

Mr Sinha said that the  GST Council should now move towards three rates in an effort to ultimately have only one tax rate.  “It is only then that it will be a simple tax,” he said.

On arguments that GST Council approved multiple tax rates as products used by poor and rich cant have same tax rate, Mr Sinha pointed out that as far as taxation as a tool for social equality is concerned it is the direct taxes (like personal income tax) which is potent instrument than indirect taxes (which is dealt by GST) .

“A person who uses hawai chappal is probably not paying any income tax. If he pay some taxes at a merit rate (for buying hawai chappal) nobody is going to mind.  The fellow who is using the Mercedes car is paying income tax at a very high rate. So this is the basic principle that we should remember that instrument of equality is direct taxes and not indirect taxes,” he added.