The Goods and Services Tax has received mixed response from the realty sector. 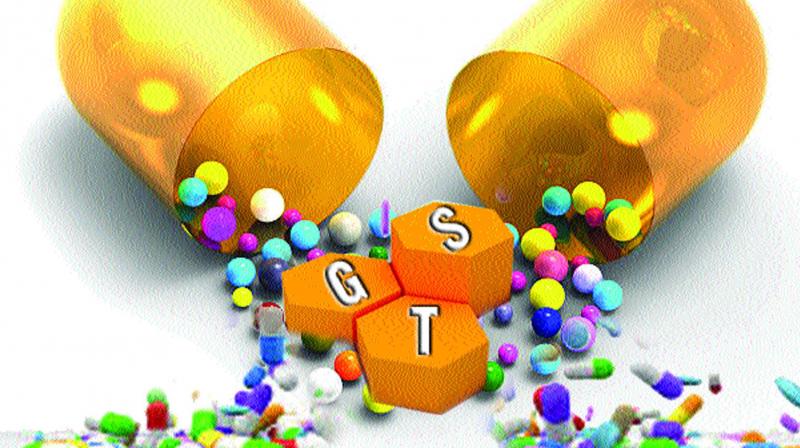 Over the weekend people showed each other bills with GST (mostly of restaurants’), the real deal began on Monday when shops actually opened for business. Confusion over slabs and limits brought a slowdown to the trade. Drug market and the buyers were biggest hit as there was no clarity on the listed drugs under the new tax regime. Chandrashekar G., Aknisree Karthik & Joyeeta Chakravorty report.

The first Monday since the rolling out of GST began with confusion.  Although  both wholesalers and retailers usually book fresh stocks on Monday after selling out their stocks over the weekend, the day started on a lame note with no one in the mood to place fresh orders for lack of clarity on GST.

Trade activist and Hosiery Association president, Sajjan Raj Mehta said the focus of traders was on clearing their old stocks and getting more clarity on GST before placing orders for fresh stocks. “In my estimation it will take a week to a fortnight for things relating to GST to settle down. The tax has been rolled out prematurely. It would have been better if it had been rolled out after more preparation in September,” he maintained.

Even city auditors didn’t seem to have the required information and guidelines on how to proceed with the next tax. Bangalore-based Chartered Accountant, Selvaraja M, regretted that GST had been rolled out in such a tearing hurry that even government departments like the Department of Commercial Taxes didn’t have enough information on how to proceed with it. “There isn't any clarity on the rate of tax for commodities. While some of our clients, who are also representatives of the transport sector, claim there is no tax on transporting goods, the rule says there is,” he said, adding that there was confusion among the CA community too. “To put it simply GST has been rolled out without proper preparation and creating the necessary awareness and infrastructure,” he summed up.

Transparency, confusion lead to a mixed response
The Goods and Services Tax (GST) has received mixed response from the realty sector. While secretary of the Confederation of Real Estate Development Association (CREDAI), Bengaluru, Suresh Hari says GST is a comprehensive tax, which has ushered in  transparency in the realty sector between customers and the realtors, he is unhappy with the current confusion over it.

“The GST has ushered in transparency in the realty sector. Consumers can now shed their fears and go ahead and buy property as many hidden charges have been removed,” he says.

Recalling that earlier consumers had to shell out different taxes like Value Added Tax (VAT), Excise and Service Tax besides the registration fee fixed  by the state government, he points out that under GST multiple taxes, including the Swachch Bharat and Kisan cesses, are merged.

Guest column: One nation, one tax: It’s an economic reform​

"Since all major builders were registered under VAT and paid the tax after collecting it from customers, this league of our clients will not feel the pinch. But small time builders and those going in for individual house construction will bear the brunt of GST as they will have to shell out at least 12 to 20 per cent more in tax now,” he adds.Lamenting that GST has not been spelt out or explained clearly in layman terminology, he says while under the new tax regime there will be two sets of officials engaged in enforcement - one from the central GST and another from the state GST -  unless their roles and responsibilities are laid down clearly and an authority is set up to monitor them, there is bound to be confusion.

For the sick, not so Good and Simple
While GST has a lot of defenders, there's fear that it could push up the price of drugs steeply as most of the essential ones are being taxed at the rate of 12 per cent when they are currently in the 9 per cent tax bracket. Although chemists and pharmacists claim to be unclear about the impact of GST on drugs, there is widespread apprehension that people will have to pay more for most medicines and they are clearly not happy. It is of little comfort to many that they can buy medicines at the pre-GST price until August 1.

"It is another fancy move  by the government. I don’t understand  why the prices of essential medicines need to go up," protests Ms Usha Gupta, a stay- home mother.

But allaying the people’s fears, Mr Bhupinder Singh, chairman of  the National Pharmaceutical Pricing Authority (NPPA), claims GST will not make much of a difference and  the prices of around 80 per cent of all actively used drugs in the country will remain unaffected post-GST. Only the drugs coming under NELM will see a change, he says.

State drug controller, B T Khanapure, too assures there is no need for panic. Admitting that the state Drug Control Department is being flooded with queries about drug shortage and possible price hikes, he says, "There is panic in Karnataka about the GST hiking the price of essential medicines and  possible shortage of drugs. But we have adequate stocks of drugs in the state. Also as the GST has been reduced on insulin to  5 per cent as against the 12 per cent proposed earlier, companies will be required to reduce their maximum retail price.”

Mr Khanapure insists the GST is good move as it will increase transparency and accountability among manufacturers and pharmacists.

Demand for cloud-based  accounting softwares soars
With GST setting in, lakhs of small and medium sized enterprises (SMEs) are likely to come under the tax net and this has increased the demand for accounting software, especially the cloud-based kind. Mr Madur Ahuja, Account Manager, GST Partnerships, Team Clear Tax, says now that all invoices are required to be GST compliant and  uploaded on to the Goods and Service Tax Network (GSTN),  SMEs will have to adopt the cloud- based accounting software for invoicing, tax filing and other business transactions. “As this has to be done at least once a month the demand for software, especially the cloud based ones, is likely to  see a drastic rise, said Ganesh Vasudevan, CEO of Indiaproperty.com

Ganesh Vasudevan, CEO, Indiaproperty.com:
GST  aims at  providing a simplified and cost effective tax structure in the country and that’s what it will deliver for the realty sector as well. At first glance it may seem that  property prices may go up due to the higher tax, but GST has combined several central and state taxes into one and therefore is likely to bring down the cost of properties marginally in the next two or three quarters.

Even though the revised tax regime on construction materials will not have any significant impact on the construction cost of  properties, the lower taxes on logistics services and transportation will help in bringing down the construction cost.  Input tax credit will bring down the overall tax paid by the developer and the anti-profiteering clause in GST will make sure that the builder transfers these tax savings to the buyers. The impact will vary for projects depending on their current construction stage.