Paul Krugman said demonetisation was a little "puzzling" and also went on to comment on RBI's stance on growth rates. 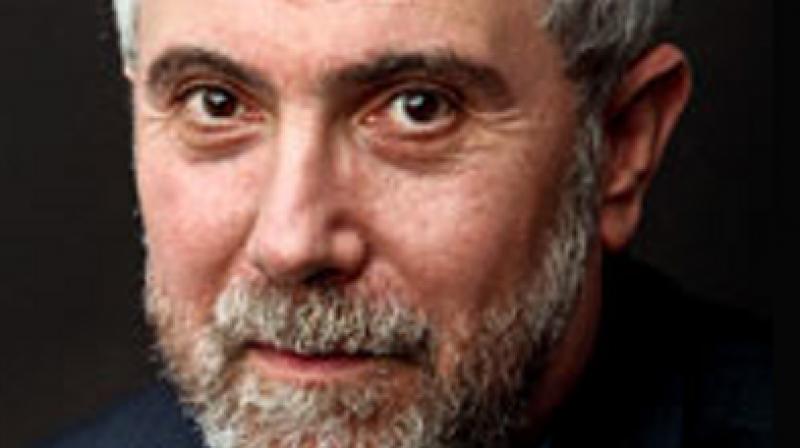 Nobel Laureate Paul Krugman said demonetisation could have shrunk Indian economy but it did not. (Photo Credit: Twitter)

Mumbai: Celebrated Nobel Laureate Paul Krugman said it is a "good thing" that Modi’s demonetisation move did not shrink the economy, which it could have.

Krugman, who is a distinguished American economist, also added that the sudden note-ban move was a “shock therapy” that was not “well-advised”. He also went on to comment on the Reserve Bank’s hawkish stance on policy rates, in an interview with Economic Times.

Earlier, Krugman had commented that it was unusual and unclear as to what gains the government could make by debunking Rs 500 and Rs 1000 notes.

“When it happened, my first reaction was, if I had to guess, the economy would shrink in proportion to the reduction in the monetary base. That did not happen, which is a good thing”, he said. However, he added that it is a “blunt instrument” to tackle the issue of black money and will hardly defeat corruption. Calling the move puzzling, he added that demonetisation could do a significant amount of damage to the economy.

Addressing the rollout of the Goods and Services Tax (GST), he said “It has been less dramatic than people had imagined. I think that GST is the right kind of thing, emphasis on public investment is a good thing but it does seem to be a little less than promised”.

Krugman went on to criticise the 6 per cent GDP growth of the country, calling it “disappointing”. Moreover, he said that RBI’s tight monetary policy seems unjustifiable. “If advanced countries saw the trends of inflation that you see here, you would be talking of substantial loosening of your monetary policy," he said.

He further went on to compare Narendra Modi’s policies and policies with that of Japanese Prime Minister Shinzo Abe, whom he reportedly admires. He called Modi’s rule “the odd mix of assertiveness and slight authoritarian tinge, but then reasonably effective but in some ways oddly socially progressive policies”.