The transfer of fertiliser subsidy directly into farmers' bank accounts was to be taken up in the second phase. 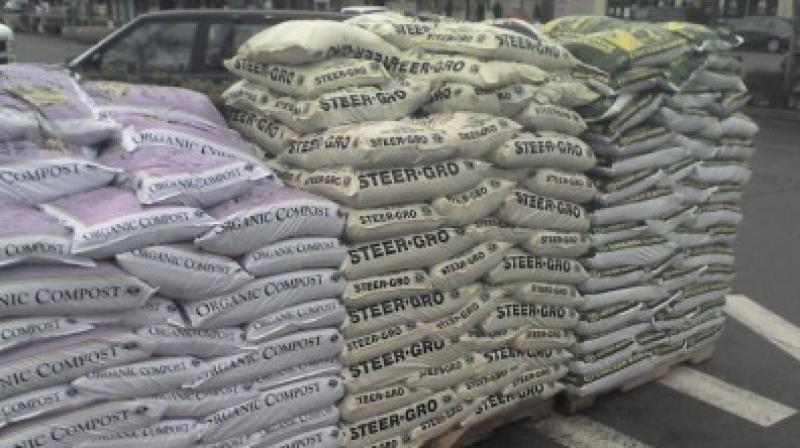 About Rs 78,000 crore has been budgeted for paying fertiliser subsidy in the current 2019-20 fiscal. (Photo: Representational Image)

In October 2017, the first phase of fertiliser DBT was rolled out, under which subsidy is being transferred to companies after checking retail sales data captured through the Point of Sale (PoS) machines. The transfer of fertiliser subsidy directly into farmers' bank accounts was to be taken up in the second phase after taking inputs from Niti Aayog. The government bears over Rs 70,000 crore annually as fertiliser subsidy to provide cheaper farm nutrient to farmers.

"We want to try giving fertiliser subsidy directly into farmers' bank accounts. Now, there is a thinking in this line. Now, we are ready for the phase two implementation. When and how -- that is under discussion," the official told PTI. Besides, the government is planning to bring some improvement in the existing fertiliser DBT by allowing retailers to use desktop or laptop along with PoS machines for smooth operation, he said. "Now, the DBT platform is based on a PoS machine. We are coming out with desktop or laptop version. Since PoS machine has small screen, retailers sometimes face operational issues. In addition to PoS, retailers can have desktop or laptop."

There are 2.25 lakh fertiliser retailers in the country. The PoS machines will not be scrapped. Providing laptop or desktop will facilitate ease of doing business, the official added.

Initially, there were hiccups in implementing the DBT, but over the time those issues have been resolved, he said adding that the government now wants to focus on improving upon capturing the strength of the platform.