The reverse repo rate, at which it borrows from banks, was also raised by similar proportion to 6 per cent. 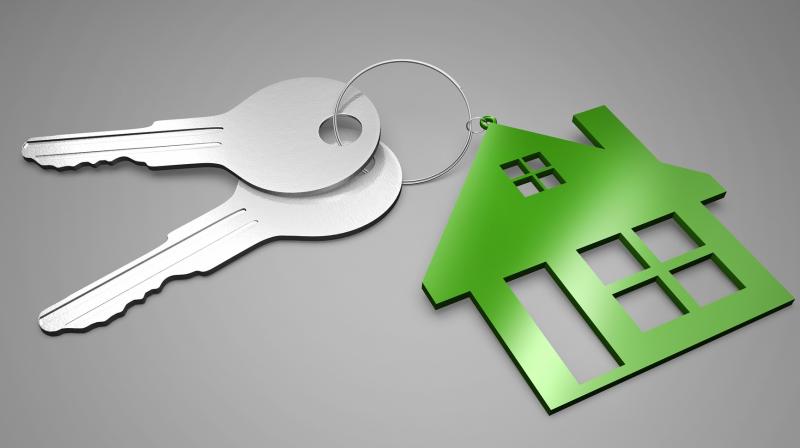 RBI on Wednesday hiked the key rate for the first time in over four years -- by 0.25 per cent -- to curb inflationary pressure from high oil prices, a move which will translate into higher EMIs for home, auto and other loans.

Mumbai: RBI on Wednesday hiked the key rate for the first time in over four years -- by 0.25 per cent -- to curb inflationary pressure from high oil prices, a move which will translate into higher EMIs for home, auto and other loans.

With all its members voting for the increasing, the 6-member Monetary Policy Committee (MPC) surprised markets by raising the repo rate, at which it lends to other banks, to 6.25 per cent but kept its policy stance as "neutral".

The reverse repo rate, at which it borrows from banks, was also raised by similar proportion to 6 per cent. This is the first increase in interest rate since January 28, 2014 when rates were hiked by a similar proportion to 8 per cent. In the subsequent years, RBI cut interest rate on six occasions. In its last revision, on August 2, 2017, rates were cut by 25 basis points to 6 per cent.

In the second bi-monthly monetary policy of the 2018-19, RBI saw major upside to inflation from higher oil prices but kept its GDP growth outlook unchanged at 7.4 per cent for the financial year. Consumer Price Index (CPI) based retail inflation was projected at 4.6 per cent for the April-September period and 4.7 per cent in second half of 2018-19 fiscal.

Anticipating firming of interest rate, several banks including SBI, ICICI and Bank of Baroda had in last one week raised lending rates by up to 0.1 per cent making loans costliers for their borrowers. The MPC, headed by RBI Governor Urjit Patel, said it decided to increase the policy repo rate by 25 basis points and keep the stance neutral.

Consequently, the reverse repo rate under the LAF stands adjusted to 6 per cent, and the marginal standing facility (MSF) rate and the Bank Rate to 6.5 per cent.
Patel said the MPC reiterates its commitment to achieving the medium-term target for headline inflation of 4 per cent on a durable basis.

The decision of the MPC is consistent with the neutral stance of monetary policy in consonance with the objective of achieving the medium-term target for consumer price index (CPI) inflation of 4 per cent within a band of +/- 2 per cent, while supporting growth, he added.

Headline inflation has been sharper than anticipated and it remained above the 4 per cent target in last 6 months, with RBI maintaining status quo during the period. As per the latest print, retail inflation inched up to 4.58 per cent in April. The domestic economic activity has exhibited sustained revival in recent quarters and the output gap has almost closed, Patel said.

Investment activity, in particular, is recovering well and could receive a further boost from swift resolution of distressed sectors of the economy under the Insolvency and Bankruptcy Code, he added. However, he said: "Geo-political risks, global financial market volatility and the threat of trade protectionism pose headwinds to the domestic recovery."

RBI said the pick-up in the momentum of inflation excluding food, fuel and Housing Rent Allowance has imparted persistence into higher CPI projections for 2018-19.

“Crude oil prices have been volatile recently and this imparts considerable uncertainty to the inflation outlook – both on the upside and the downside,” it said.
Since the last MPC meeting in early April, the price of Indian basket of crude surged from USD 66 a barrel to USD 74.

Assuring that the RBI would continue to be vigilant on inflation, Patel said that "domestic economic activity has exhibited revival in recent quarters and output gap has almost closed". Investment activity is recovering well and could get a further boost from resolution of distress sectors of the economy under the Insolvency and Bankruptcy Code.

All members of the MPC Chetan Ghate, Pami Dua, Ravindra H. Dholakia, Michael Debabrata Patra, Viral V Acharya and Urjit Patel voted in favour of the hike in interest rate. The minutes of the MPC's meeting will be published by June 20, while the third bi-monthly meeting for the current fiscal is scheduled on July 31 and August 1, 2018.

The BSE Sensex surged almost 276 points to end above the key 35,000-mark even as the RBI hiked the policy rate by 0.25 per cent on inflation concerns. It saw some decline in day's gains briefly after the policy announcement but recovered.

RBI retained the GDP growth forecast for 2018-19 at 7.4 per cent on hopes of further boost to investments and higher consumption. Besides, it kept its stance neutral.