Rail ecosystem can create 10 lakh jobs in a year: Goyal 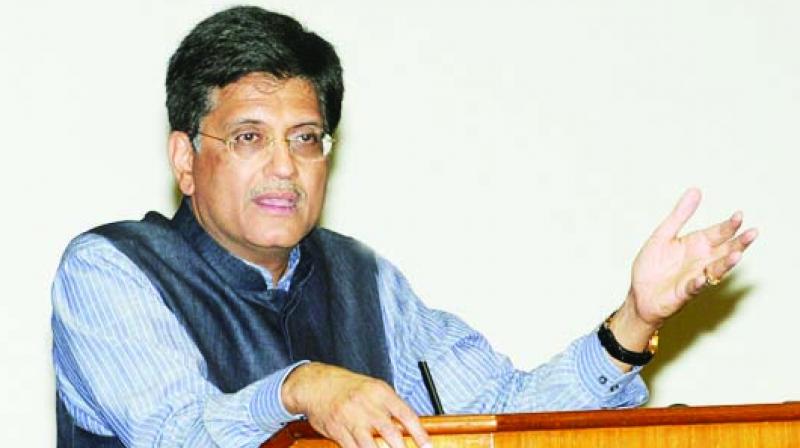 New Delhi: Working on various areas across the railway ecosystem in India can create 10 lakh jobs within a year, Union Minister Piyush Goyal said on Thursday.

Monetising the real estate assets as well as fast tracking some of the existing investment plans would generate a lot of employment opportunities in the railways and the ecosystem around it, he said.

"My own sense is, may not be directly jobs in railways, but certainly through engaging people and working in variety of areas across the ecosystem, not less than a million jobs can be created in less than 12 months -- only railways and ecosystem around the railways," Goyal said at the India Economic Summit of the World Economic Forum (WEF).

The government's moving aggressively on the rail track and safety maintenance programme alone would create 2 lakh jobs, he added. Besides, leveraging the amount of railway real estate by monetising those assets will help to generate resources without burdening passengers.

"If I look at the amount of investment in pipeline and activate that, it will create 2-2.5 lakh jobs in existing projects," Goyal said.

He said India has huge investment potential but a change in mindset is required to transform the country. Goyal said that with sectors like coal, power showing turnaround, it's the turn of the railways now. On the need for the country rebranding itself, he said the narrative of India is changing.

"Over the years India was well known for yoga, Ayurveda, cricket or Bollywood. Narrative is changing, Brand India is being built. India is being now recognised as a country which is honest in its dealings, where technology drives growth," Goyal said.

Stating that megastructures cannot be built on a weak foundation, he said if India has to prepare itself for global challenges of tomorrow, there is a need to develop a framework that will ensure decades of prosperity.

"I think there is no better place in the world today to invest in, no larger market than the Indian market and there is no pole which is going to be more important than India," he said.