This meeting comes a day after the Prime Minister flayed critics for attacking the sluggish economic growth. 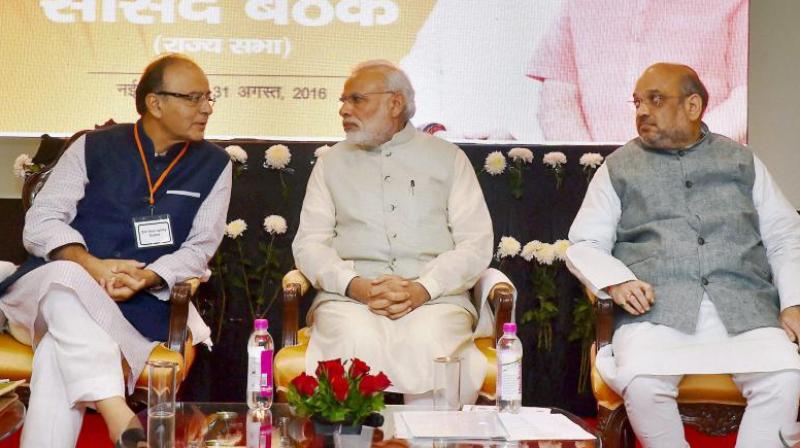 New Delhi: A day after his speech about the government’s commitment to revive the economy, Prime Minister Narendra Modi held a meeting with BJP Chief Amit Shah and Finance Minister Arun Jaitley on Thursday at the national capital.

The Prime Minister is likely to discuss the state of the economy in the meeting.

This comes a day after Modi flayed critics for attacking the sluggish economic growth and said that under the NDA regime double digit inflation had come down to less than 3 per cent, CAD was brought down to 2.5 per cent, and fiscal deficit was reduced to 3.5 per cent.

Shah had launched the high profile  'Janaraksha Yatra' (People's Protection March) 15-day yatra from Payyannur in Kannur on October 3 against the alleged "red and jihadi terrorism" under the CPI(M)-led LDF rule in Kerala.