FICCI felt there was little done to address the economic slowdown while health and education did not get the required filip. 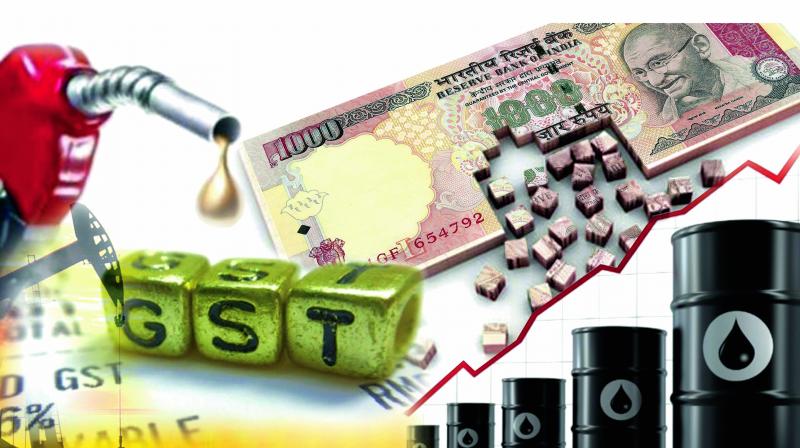 Jyothi Laboratories' Ullas Kamath opined that the fixing the slowdown could be done by increasing the consumption for which salaries should have gone up. (Photo: Representational)

Bengaluru: The Karnataka chapter of Federation of Indian Chamber of Commerce and Industries (FICCI) remained unimpressed with the union budget of the Modi 2.0 government presented by finance minister Nirmala Sitharaman.

The FICCI felt there was little done to address the economic slowdown while the health and education sector did not get the required filip.

The FICCI Karnataka chair and joint managing director of Jyothi Laboratories Ullas Kamath said there was no big ticket initiative in the speech while he was expecting policies for consumption-led growth.

"We all are experiencing economic slowdown and it is true and happening whether we admit or not. If you go to a mall here, people outside the shop are much more than the people inside the shop. At some of the malls, the shopkeepers are much more than the people who are getting in and that is a reality all over the country," Kamath said during a panel discussion on the budget.

He felt that the finance minister would admit boldly about the economic slowdown and the need to fix it.

Kamath opined that the fixing the slowdown could be done by increasing the consumption for which salaries should have gone up.

He was also critical about the concessions on the houses saying that affordable housing could be possible only if people have money.

He expressed displeasure over increasing the surcharge to 3 per cent on the taxpayers with annual income between Rs two crore and Rs three crore. The government also has proposed to increase the surcharge to seven per cent on people with income above Rs five crore annually.

"This budget lacked a larger vision and I think Ullas alluded that. I think there is an opportunity to pick up that and start looking at something very broad. For example, things to do with key social sectors education, health and sustainable living," Sudarshan said.

He said he was surprised that healthcare was completely ignored except for one reference of Ayushman Bharat.

Other speakers on the panel hailed the initiatives like using PAN as an alternative to Aadhaar, concessions on electrical vehicles, national research foundation and measures for the micro, small and medium enterprises.