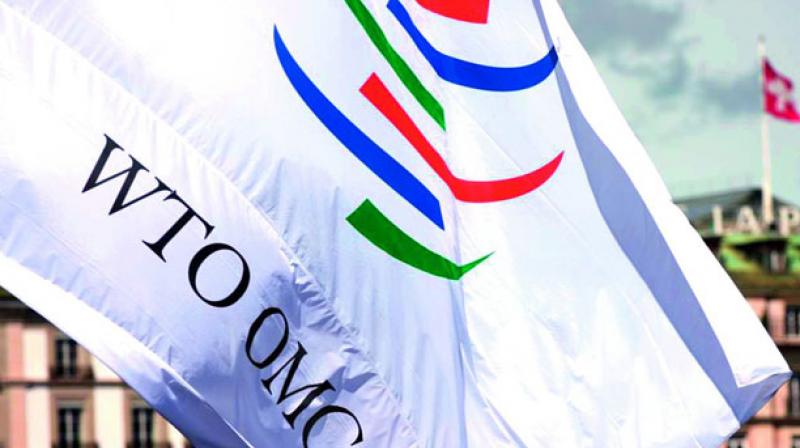 G20 economies needed to use all means at their disposal to de-escalate the situation and promote further trade recovery.

Geneva: Trade barriers being erected by major economies could jeopardise the global economic recovery and their effects are already starting to show, the World Trade Organization said on Wednesday in a report on trade restrictions among G20 nations.

“This continued escalation poses a serious threat to growth and recovery in all countries, and we are beginning to see this reflected in some forward-looking indicators,” WTO Director General Roberto Azevedo said in a statement.

He did not elaborate, but in May the WTO’s quarterly trade outlook indicator suggested trade would grow slower in the second quarter than in the first.

One component of its composite forward-looking indicator is international air freight data from the International Transport Association, which issued its figures for May on Wednesday.

IATA said air cargo demand was expected to grow by “a modest 4.0 per cent” in 2018, less than the 4.5 per cent foreseen in December.

“Headwinds are strengthening with growing friction among governments on trade. We still expect demand to grow, but those expectations are dampened with each new tariff introduced,” IATA Director General Alexandre de Juniac said in a statement.

The WTO analysis found that G20 countries introduced 39 new trade restrictions between mid-October last year and mid-May this year, double the rate seen in the previous period, affecting trade in iron and steel, plastics and vehicles.

“The marked increase in new trade restrictive measures among G20 economies should be of real concern to the international community,” Azevedo said, adding that more restrictions had been put in place in the weeks after the period under review ended.

The WTO report did not name any particular country, but since the start of the year US President Donald Trump has launched a series of tariffs to punish what he sees as unfair trade, by allies and economic rivals alike.

“At a juncture where the global economy is finally beginning to generate sustained economic momentum following the global financial crisis, the uncertainty created by a proliferation of trade restrictive actions could place economic recovery in jeopardy,” the WTO report said.

It added that the world trading system was built to resolve such problems but the escalating tensions were a threat to the system itself, and G20 economies needed to use all means at their disposal to de-escalate the situation and promote further trade recovery.