The IHS Markit India Services Business Activity Index fell to 48.7 in September from 52.4 in August. 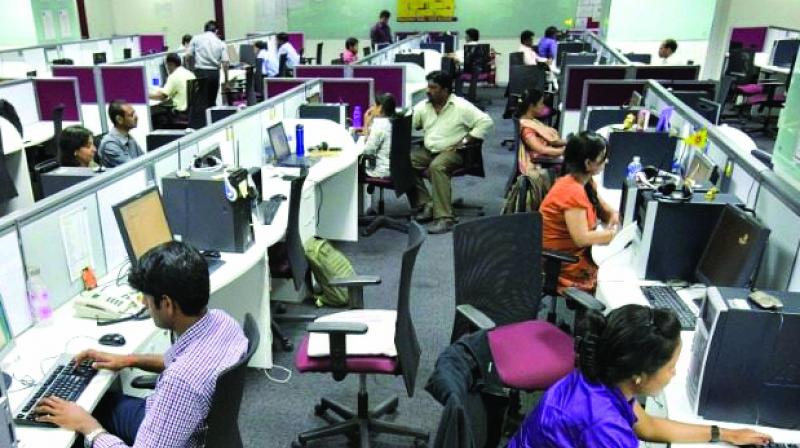 According to the survey, new work intakes contracted in September, after an 18-month sequence of expansion. (Photo : Representational)

New Delhi: The country's services sector activity contracted in September and fell to its lowest level since February 2018, amid weak demand, competitive pressures and challenging market conditions, a monthly survey showed on Friday.

The IHS Markit India Services Business Activity Index fell to 48.7 in September from 52.4 in August, as lacklustre client demand weighed on the performance of the Indian service economy.

In Purchasing Managers Index parlance, a print above 50 means expansion, while a score below that denotes contraction.

According to the survey, new work intakes contracted in September, after an 18-month sequence of expansion. Firms said subdued demand conditions, unfair pricing among competitors and economic woes affected the sector.

As per the survey, growth of Indian private sector activity came to a halt in September, ending one-and-a-half-year sequence of expansion.

The Composite PMI Output Index that maps both the manufacturing and services sector fell from 52.6 in August to 49.8 in September, reflecting softer production growth and an outright reduction in services activity.

On the prices front, the survey said the latest results also highlighted subdued inflationary pressures in the sector, with input costs rising at the slowest rate in over two-and-a-half years.

"A drop in aggregate input cost inflation to its lowest in around three years raises the possibility of a further cut in the benchmark interest rate," Lima said.

Experts believe the Reserve Bank of India is likely to go for yet another rate cut at the fourth bi-monthly monetary policy for 2019-20 on Friday.

The RBI's Monetary Policy Committee (MPC) is slated to announce its fourth bi-monthly policy decision for this fiscal later in the day.