We won't like environment issues at WTO, says Suresh Prabhu

India on Wednesday said it is against taking up environment issues at the World Trade Organisation. 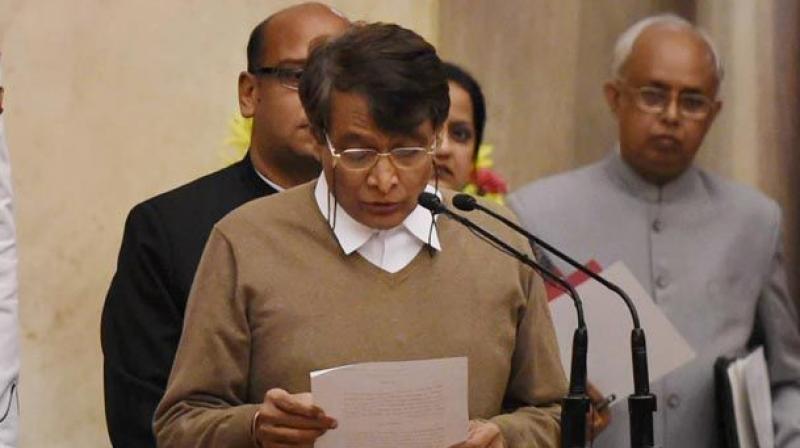 New Delhi: India on Wednesday said it is against taking up environment issues at the World Trade Organisation (WTO) as they are not linked with trade and commerce.

"There is a separate protocol for environment. WTO deals only with trade issues," Commerce minister Suresh Prabhu said.

"But, at the same time, even while doing trade, we should not overlook the importance of bringing in environmental issues. We are concerned about it, though we will not like to have an agreement on environment in WTO. That part we do not want," he said here at a function - 'Connect karo'.

Further, talking about the new industrial policy, Prabhu said it is circulated to all stakeholders and after getting the comments, the commerce and industry ministry would approach the Union cabinet for approval.

He said environment and environmental products would also find place in the new policy as it would focus on sustainability issues.

"We have already circulated it (the draft policy) to all stakeholders. Once we get the comments, we will go to the cabinet. In that (policy), we are identifying some of the key industries which will be the futuristic industries," he added.

The proposed policy will completely revamp the Industrial Policy of 1991. The Department of Industrial Policy and Promotion (DIPP), under the ministry, in August last year floated a draft industrial policy with the aim to create jobs for the next two decades, promote foreign technology transfer and attract USD 100 billion FDI annually.